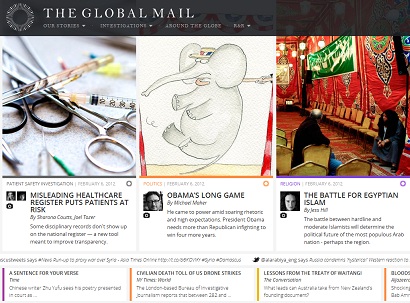 Tool of the week: ProPublica’s TimelineSetter

What is it? A tool for creating beautiful interactive timelines.

How is it of use to journalists? Having spent time developing a timeline tool, US investigative journalism news site ProPublica has made the code available for others to use, enabling journalists to build interactive timelines from a spreadsheet.

ProPublica’s timeline on how one blast affected five soldiers is a clear demonstration as to just how effective the tool can be in online storytelling.

The LA Times and Chicago Tribune are among those who have utilised the open source software since it was made public in April 2011.

TimelineSetter is not for the technology shy, however. Non-coders should not let this introduction to the tool put them off and should instead try watching the two videos embedded below and test out the technology.

Let us know at @journalismnews if you build and publish a timeline using ProPublica’s code.

If you want to create a timeline but avoid coding, try Dipity, a previous Journalism.co.uk tool of the week.

A commercial version of ProPublica is not “feasible at present”, its editor-in-chief told the Global Editors Network news summit today.

The US investigative news site, which relies on funding from philanthropic donations, was launched in 2008.

Giving a keynote speech to the event in Hong Kong via video-link Pro-Publica’s Paul Steiger, a former managing editor of the Wall Street Journal, said he did not think a commercial organisation would be able to do as ProPublica does and “concentrate on doing nothing but investigative reporting”.

“It is possible that news organisations can have investigative reporting as part of the menu of reporting”, but not to the same extent.

The industry has gone from a high profit margin business model to one with much tighter margins.

As a result news organisations are “much less able to take the risk of sending reporters out on a project that might not produce a viable story,” he said.

I don’t think it is impossible at to make it happen in places outside of the US though. It just requires energy and ingenuity.

Click here for more on ProPublica and how it is funded. ProPublica has published the full transcript of a podcast interview with outgoing senior editor Susan White. White gives some interesting insights into how things work at the US’ best-known non-profit investigative outfit and her own way of going about being an editor.

Mike: Why don’t we walk through an investigation? How does an idea originate and what do you tell the reporter to do, once you hear that idea?

Susan: I rarely tell reporters to do anything. I don’t think that’s the role of the editor. I guide, I steer, and I encourage and I help shape, but I don’t give reporters marching orders.

Mike: Is that because you think they’re wise enough to know the first steps?

Susan: Right, well… The best ideas come from reporters, not editors. I don’t think since I’ve been at ProPublica I have assigned anyone a story. I rarely have throughout my editing career. Usually a reporter comes to me and we have this idea. We vet it at the top here, at ProPublica, because if we’re going to work on something for a long time, we want to make sure that it’s going to work out.

Read the full transcript or listen to the podcast at this link.

ProPublica will use the tool to manage public donations, with Press+ logos across the site to encourage users to give money. Following an arrangement with the John S. and James L. Knight Foundation, which has provided 10 non-profit news sites with the platform, ProPublica will not have to share revenue with Journalism Online for the first year. The New York-based non-profit is the second outlet to take up Press+, following its launch on the New Haven Independent site in June.

Journalism Online was launched in April 2009, and won investment from News Corp in June 2010. Its first client was LancasterOnline.com, which began using the Press+ system in July to charge for its access to its obituary pages.

ProPublica announcement at this link.

Today, US non-profit ProPublica begins publishing the findings of a long-term investigation into the provision of dialysis in the US, which will also be published by the Atlantic magazine. In an editors note on the site, Paul Steiger and Stephen Engelberg explain how reporter Robin Fields spent two years pressing officials from the Centers for Medicare and Medicaid Services (CMS) to release a huge dataset detailing the performance of various dialysis facilities.

Initially, she was told by the agency that the data was not in its “possession, custody and control.” After state officials denied similar requests for the data, saying it belonged to CMS, the agency agreed to reconsider. For more than a year after that, officials neither provided the data nor indicated whether they would.

ProPublica finally got its hands on the data, after the Atlantic story had gone to print, but plans “to make it available on our website as soon as possible in a form that will allow patients to compare local dialysis centers.”

Paul Steiger, the editor-in-chief of non-profit investigative news site ProPublica earns a salary of $571,687 (approximately £366,701), according to figures reported by the organisation to the IRS.

In 2009, the organisation employed 47 people and five volunteers. Salaries for senior staff in 2009 included $343,463 for managing editor Stephen Engelberg and $320,978 for treasurer and secretary Richard Tofel.

Police in England have come in for a fair amount of criticism recently for their treatment of photographers (see here and here), but their US counterparts have received some attention too after detaining freelance photographer Lance Rosenfield, who was working for ProPublica at the time.

Rosenfield was driving away after taking photos of a BP refinery in Texas City, Texas when he was followed by a BP employee, blocked off by two police cars and detained. Rosenfield had remained in a public space outside the refinery while working. The police reviewed his pictures and recorded his date of birth, Social Security number and other personal information. According to Rosenfield these details were then shared with BP.

“We certainly appreciate the need to secure the nation’s refineries. But we’re deeply troubled by BP’s conduct here, especially when they knew we were working on deadline on critical stories about this very facility. And we see no reason why, if law enforcement needed to review the unpublished photographs, that should have included sharing them with a representative of a private company.”

When the journalistic scrum forms around an investigation, read very carefully and withhold final judgments.

…Stories about investigations often leave the impression that authorities are running full tilt at malefactors. And they often fail to answer basic questions. Are these investigations fishing expeditions? Pro forma reviews? The first steps toward significant charges?