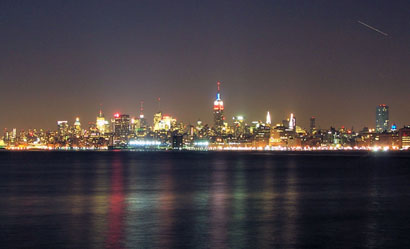 This week New York City Law Department issued press passes to bloggers for the first time. In its new rules, to be adopted by the New York police department, will “expressly incorporate online-only media such as blogs”.

The changes follow a lawsuit filed in November of 2008 that challenged the existing credentials system, as reported by Journalism.co.uk at the time. In January 2009, three bloggers received press accreditation after suing New York City, following the Police Department’s refusal to give them press credentials because they work for online news outlets. Rafael Martínez Alequin – (Your Free Press), Ralph E. Smith (The Guardian Chronicle) and David Wallis (featurewell.com) launched the action after being denied credentials in 2007.

Following this week’s announcement, Norman Siegel, one of the attorneys involved in the lawsuit, said the department had “streamlined and improved” the press accreditation rules. “The new rules will enable journalists to gather and report news in a more successful manner than before. Online journalists will now be considered as 21st century journalists and be treated equally to print, television and radio journalists.”

Under the proposed new rules published today, to obtain a press credential, an applicant must show that he or she has covered, in person, six news events where the City has restricted access, within the two-year period preceding the application. In addition to employees of traditional news gathering organisations, the new rules cover self-employed newspersons and other individuals who gather and report the news. The new press card will be issued every two years.

A press card allows its bearer, with the approval of police, to cross certain barriers established by the City at news events. Many non-City entities also rely on the City press card to distinguish who is a member of the media.

A new online newspaper venture, Tewspaper, has been launched with automatic aggregation replacing the need for journalists. The sites use an algorithm to search and aggregate news from social media sites to create websites relevant to five US cities (though the site itself claims to cover 10), according to a press release.

“We began by limiting the news to trusted authorities on Twitter. From there, we are working on an algorithm that can find additional breaking news from anyone on Twitter and other websites as it happens,” said Jared Lamb, the creator of Tewspaper, in the release.

The sites currently look pretty basic, but add an RSS feed and this could be a handy tool for journalists in these areas wanting to track news in real-time.

There’s also an attempt at a Digg-style user-rating system, perhaps similar to plans for the blogpaper, though this isn’t yet explained on the site.

Publish2 – the link-sharing website exclusively for journalists – is running a promotion to reward members who invite other journalists to join the site.

The prizes include a $25 gift card redeemable for training at Mediabistro.com and a prize draw to win a MacBook Pro and a trip to the Mediabistro Circus conference in New York City.

Three days ago, three bloggers received press accreditation after suing New York City, following the Police Department refusal to give them press credentials because they work for online news outlets.

They have now been issued credentials after the police relented, the bloggers’ lawyer, Norman Siegel, has said (via NY Times City Room blog and Associated Press).

Although they have now been issued press cards the bloggers’ lawyer, Norman Siegel told the NYTimes in a phone interview that the trio would still pursue legal action. The NYTimes.com blog reported:

“Mr. Siegel sad [sic] he was delighted with the outcome, but he vowed to continue the lawsuit, saying further reforms were needed.

“It’s an important first step, but only a first step, because we still need to address the constitutional problem of who gets press credentials in New York City. The Police Department should not be in the business of determining who’s a journalist.”

Though nationally reported there doesn’t seem to have been much discussion in the online journalism world yet (please do add links below, if you’ve picked up any interesting comments).

It’s an interesting case for the ongoing legal definition of journalist/blogger. In the UK, for example, Jack Straw has announced that some family courts will now be opened to the press. But how will press be defined when the changes come in?

As Journalism.co.uk reported on this blog in December, the definition of ‘journalist’ has not yet been clarified…

We give developers the opportunity to tell us journalists why we should sit up and pay attention to the sites and devices they are working on. Today it’s aggregated news laid out across interactive city maps with Everyblock.

1) Who are you and what’s it all about?
I’m Adrian Holovaty. EveryBlock is an experiment in aggregating news at the block level in selected cities. Our site, which currently covers Chicago, New York City and San Francisco, allows you to view recent news for any address in the city.

The idea is that we collect all of this information from across the web (and directly from city governments themselves) and slice it geographically, so you can stay updated with what’s happening near you.

2) Why would this be useful to a journalist?
EveryBlock is useful to journalists in two ways.

First, it’s an experiment in a new form of news dissemination – that is, news filtered at the block level – and journalists can look to us for inspiration in new forms of publishing information. We’re funded by a grant from the Knight Foundation, whose goal it is to promote innovation in the journalism industry, and we’re a test-bed for this idea.

Second, we unearth a lot of government data that journalists might be interested in researching further. We only launched a few weeks ago, and already a few journalists have used our site to find trends and break stories on their own. This happens particularly because we make it so easy to browse government databases. Here are two examples:

3) Is this it, or is there more to come?
There is much, much more to come. As I mentioned above, we’ve only been around since late January. We plan to add more cities, more data and more features.

5) What does it cost to use it?
The service is entirely free. Unlike some newspaper sites, you don’t even have to submit an evil registration form!

6) How will you make it pay?
We have the luxury of not having to worry about that for a while. We’re funded by a grant for two years, and we’ve only been working on this project for about seven months at this point.