Where? Nick is editor of BBC Radio 4 programmes the World at One, the World This Weekend and What The Papers Say. He is also known on Twitter for tweeting out newspaper front and back pages under the #tomorrowspaperstoday hashtag.

He spoke to Journalism.co.uk more about breaking into the radio industry in this video interview.

Just as we like to supply you with fresh and innovative tips, we are recommending journalists to follow online too. Recommended journalists can be from any sector of the industry: please send suggestions (you can nominate yourself) to Rachel at journalism.co.uk; or to@journalismnews. 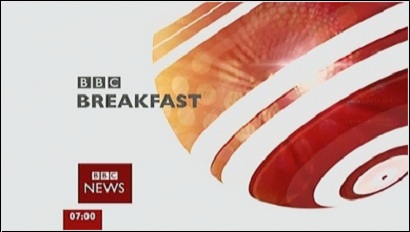 She was given the award following her interview as a Radio 4 Today programme guest editor with the broadcaster’s director general Mark Thompson in December 2009.

The award is given in memory of Nick Clarke, former presenter of The World at One, who died in 2006.

In the interview, James told Thompson that the BBC seemed to have become a: “large and unwieldy ship…taking on more and more and more cargo, building more decks to accomodate it, recruiting more officers all very comfortably cabined usually at salaries far greater than their predecessors enjoyed, with a crew that was somewhat discontented and some a little mutinous, the ship rather sinking close to the Plimsoll line and the customers feeling they have paid too much for their journey and not quite sure where they are going or indeed who is the captain”.

Adam Price, former Plaid Cymru MP and a member of the culture committee which previously investigated phone hacking allegations, spoke to Channel 4 recently about why the culture committee did not force Rebekah Brooks to give evidence, using the Seargent-At-Arms or “nuclear option”, as he refers to it.

We could have used the nuclear option. We decided not to, I think to some extent because of what I was told at the time by a senior Conservative member of the committee, who I know was in direct contact with NI execs, that if we went for her, called her back, subpoenaed her, they would go for us – which meant effectively that they would delve into our personal lives in order to punish them and I think that’s part of the reason we didn’t do it… in retrospect I think that’s regrettable. It’s important now that the new inquiry stands firm where we didn’t. Politicians aren’t above the law but neither are journalists, including Rupert Murdoch’s bovver boys with biros.

In a statement to Channel 4 News, the committee chairman John Whittingdale said there was “no suggestion” the news organisation would target members’ private lives.

When it was suggested by Labour members to force Rebekah Brooks to attend, I recall a conversation with Adam Price in which the repercussions for members’ personal lives were mentioned. But that had no bearing on my own decision to oppose bringing in the Serjeant at Arms. Nor do I have any reason to think there was any suggestion that News International would target our private lives.

West Bromwich MP Tom Watson, who spoke at last Thursday’s Commons debate in support of a motion for the standards and privileges committee to investigate fresh allegations of phone-hacking, told the House that politicians are “afraid” of standing up to media “assassins”.

Watson said this weekend that he regretted his part in a story in the Sun suggesting Kate Adie should be sacked in 2001. In an interview on Radio 4, he said he was was “ashamed” of his role in the story, which quoted him as saying Adie should “seriously consider her position”.

I have done things that I regret with journalists. I’ll tell you the worst (…) I stood up a Sun story that Kate Adie had jeopardised our troops in Iran/Iraq with her reporting because I was asked to do so and I felt very guilty about it afterwards. I didn’t tell lies. I was asked by the Sun did I think her report imperilled the safety of our troops. It was a judgment call – I think I used the words ‘she should consider her position’ which was weasel words from a politician that I feel ashamed of.

So I’m part of the problem as well, I am holding my hands up. But nevertheless there is a problem and we need to get to the bottom of it. People whose phones were hacked need to know. We have a toxic media culture that we cannot allow to continue.

Adie was cleared of blame by the BBC and she later accepted damages for libel from the newspaper.

Also speaking on Radio 4, former chairman of the Press Complaints Commission Sir Christopher Meyer said that MPs have an “love-hate” relationship with the media.

If we are going to talk about people being in cahoots with journalists, look no further than the House of Commons. This is why the thing has got so convoluted. It is because MPs enjoy an intimate, often toxic, love-hate relationship with journalism. They need journalists in order to leak and to brief; they hate journalists when they start looking into their affairs.

(…) They live together in a deadly embrace and I really have to ask the question whether MPs shouldn’t actually recuse themselves from passing judgment on journalism simply because the interests are so conflicted.

Chris Wheal, a journalist who recently blogged about his family’s experience of the press following the death of his nephew, spoke more about the issue on the Today programme this morning.

Wheal spoke about his personal understanding of the journalists’ need to get their own story, but felt that rules need to be stronger to stop families feeling harassed.

As a journalist I understand the need to get a story and I understand from lots of comments on my blog that journalists have sometimes turned up and been welcomed by families in these circumstances who get a chance to grieve and are pleased that the papers are interested. But that’s not the case with my sister. They’re a very private family, they want to grieve in private. It feels like harassment although it’s not because it’s not the same journalist coming back again and again.

Presenter Evan Davies added that no family will ever be prepared for how to deal with the media in such a situation as nobody can forsee such a thing, but that they will face a “highly competitive industry”. Wheal responded that industry codes of conduct need to be strengthened.

The PCC code of conduct doesn’t really tackle it, “in cases involving personal grief or shock, enquiries and approaches must be made with sympathy and discretion and publication handled sensitively”. I think for someone like my sister who is not a publicity grabbing person and would shy away from the press in normal circumstances, there has to be actually a stronger pressure on the press to not do that.

The NUJ code of conduct is much stronger, stating journalists should “do nothing to intrude into anybody’s private life, grief or distress unless justified by overriding consideration of the public interest”. But even thought this story its interesting to the public, I understand that, it is not in the public interest. I think journalists sometimes harden themselves in order to go make those calls and knock on those doors, but sometimes by hardening ourselves we actually forget the impact of our actions on the poor people we are trying to interview.

Last week’s Radio 4 In Business programme looked at business newspapers and how some of the world’s best known-brands are struggling to compete with online rivals and in the face of the economic downturn.

Well worth a listen at this link, it includes interview with representatives from the Wall Street Journal, the Economist, Bloomberg and Bloomberg Business Week.

Two weeks ago, John Mair raised the issue of mob action on this very blog in the wake of the Jan Moir episode, provoking criticism and further comment. Yesterday, he responded to some of the response, and picked up on subsequent national media analysis on Twitter’s impact on democracy.

Tonight the so-called ‘Twitter mob’ is getting yet more discussion space on the excellent BBC Radio 4 programme, Moral Maze, presented by Michael Buerk, and featuring, among others, Kenan Malik.

A nice segment from the Radio 4 Today programme this morning:

In an interview with Jane Merrick in the Independent on Sunday, the new Secretary of State for Culture, Media and Sport, Ben Bradshaw, questioned (very briefly) an ‘obsession’ with the Today programme:

“Ministers, he [Bradshaw] says, must be answerable to Parliament first: “If that’s difficult for the Today programme – tough. The BBC will have to change its news timings to fit in with the new respect that we’re going to give Parliament. Why this obsession with the Today programme? Why should we be dancing to the tune of the BBC, of Radio 4’s news agenda?””

If you’ve got a spare half an hour this morning and you can get BBC Radio 4, Journalism.co.uk thinks Alistair Beaton’s new satirical comedy ‘Electric Ink’ will be well worth a listen.

Led by Robert Lindsay, the six-part series is described as: “Old hacks meet new media in the newspaper industry.”

[We’ll try to get a snippet to embed here]

Full programme details at this link…

Meanwhile Sam Shepherd asks over on Subbed Out whether the BBC will be able to avoide the cliches about the web and reporting.