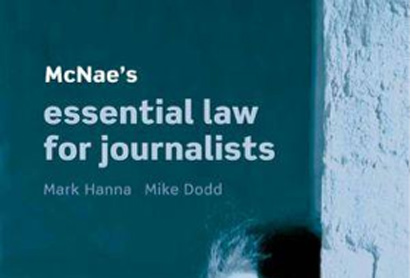 One thought on “Media release: New edition of McNae’s to launch at NCTJ seminar”