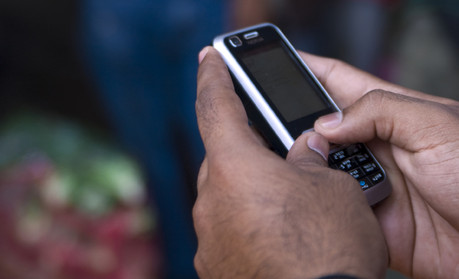 Danny Roberts is a sports journalism student at Leeds Trinity University College and tweets from @DannyRoberts74.

We live in a very fast paced, evolving world. Technology becomes more advanced by the second and is ours to use to our advantage, especially as journalists. Gone are the days were you must spend years working to get a break that would see your work published. In today’s world you can have your story seen by thousands of people in just a few minutes.

Citizen journalism has fast become a huge player in the media world. As a student journalist, you should have a Twitter account, a Facebook account and a blog already, and if you are looking for somewhere to publish your work even further, there are many sites that carry citizen journalism reporting as well as applications that allow you to share pictures and stream video live.

One of the most famous events which demonstrated the importance of citizen journalism was the plane crash in the Hudson River in 2009. Only four minutes after this happened, a picture and the tweet “I just watched a plane crash into the hudson riv [sic] in manhattan” were published online. It would take news crews a lot longer to get to the scene, set-up and report on.

Entrepreneur, Adam Baker, came up with the idea for citizen journalism website Blottr.com, after seeing the 9/11 attacks unfold on TV. He believes that people should have a place to publish their work and show it off to thousands of people.

There are those that are at the scene (not journalists) of an event who can be labelled citizen reporters because they captured a photo or video, and can help journalists collaborate on a story. Then there are those individuals who like being part of the newsgathering process, i.e. amateur reporters, who play an active role in the process of collecting, reporting, analysing, and collaborating on news. They play a vital role in the ongoing drama that is a breaking news situation.

Ravin then added that which he feels it is not fair to look for something specific in a citizen journalist, there are three important factors:

1. Facts and sticking to what you observe

Blottr still likes to see traditional writing skills being put to use in its pieces but knows that not everybody on the site enjoys writing:

Quality of writing is very important especially if you want people to read your work. This rule applies to those working in the mainstream media as well and is no different for citizen journalists. Some citizen journalists don’t like writing but have a lot to contribute to a story using things like video and pictures captured.

Being part of a citizen journalism site gives students a platform to show off their talents to potential employers as well as gaining news writing experience. With sites like Blottr.com you can also collaborate with others to make the perfect, verified, story. It also allows people to share news without having to write and describe the scene and what happened:

Being a citizen journalism news site, you can understand we get different types of content on a daily basis, from protests in Chicago, to the growing conflict in Syria, to something as simple as people snapping photos of Olympic moments. Over the last year we’ve found that the content that picks up the most traction is the content that’s new, fresh, and photo and video heavy. When there is a breaking news story that we have first, we get lots of traction, and as the story develops, and the mainstream media outlets start getting more information, we get even more traction for having broken that story first.

The most views are usually on pictures and videos, however that doesn’t mean that writing or opinion is rejected as they all have their place. Sampat said that “amateur footage is unique in that it’s raw, unedited”, and in some cases can be more powerful on its own than as part of a news package. But he added that “depending on the topic, each type of content is unique it its own way”.

One platform that allows citizens to stream video live from a webcam or smartphone is Bambuser. This would allow student journalists to have another outlet for their work if they wanted to go into broadcast media in the future and are looking for experience. Then there is Flickr, that allows the sharing of photos, along with other platforms such as Instagram. They are examples of other useful outlets for students that want to get their multimedia work out there, and is ideal for people that want to primarily work as a photographer or broadcaster.

To conclude, citizen journalism is fast becoming an integral part of the media and reporting world. People use social networks every day without possibly realising that what they are posting can be seen and interpreted by millions of people. So if you have the news and just need a platform to share it there are clearly many ways to do so in today’s world.