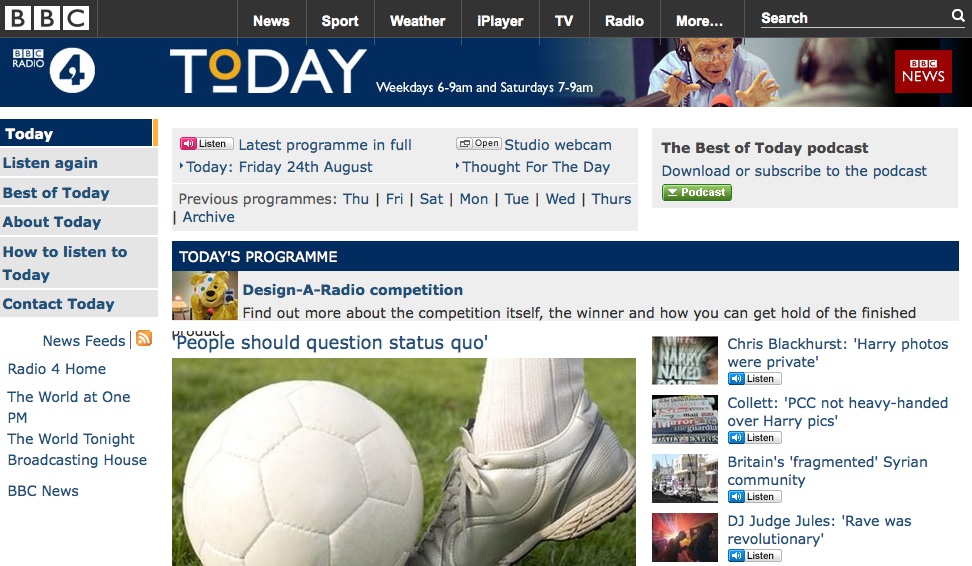 Following the Sun newspaper’s decision to print the nude images of Prince Harry today, despite a request from St James’s Palace lawyers earlier this week that they not be published, there has been widespread discussion in the media about the move.

Explaining its decision today, the Sun said “there is a clear public interest in publishing the Harry pictures, in order for the debate around them to be fully informed”.

The Sun adds that “it is absurd that in the internet age newspapers like the Sun could be stopped from publishing stories and pictures already seen by millions on the free-for-all that is the web”.

At the time of writing, the Guardian was reporting that more than 150 complaints have been made to the Press Complaints Commission, but not from the Palace’s lawyers.

A survey of 1000 UK adults today by Usurv who were asked about the Sun’s decision to publish the images, found 21 per cent agreed the photos were in the public interest, while 63 per cent did not agree with the decision.

On BBC Radio 4’s Today programme this morning, editor of marketing and media news site The Drum Gordon Young spoke about their decision to publish the images online alongside a column discussing the fact that British newspapers had not done so, at the time. The Today programme said The Drum had “claimed to be the first UK website” to publish the photos.

What’s very interesting is this was a very logical and easy decision for The Drum. We were surprised at the controversy relative to what an easy decision it was for us.

… It was such an obvious thing to do in the context of the column and the piece, the writer was basically criticising press for not having the backbone to release the pictures in the UK so we couldn’t run that and not had the backbone ourselves to do it.