Tool of the week: Tagboard

What is it? A tool for searching social networks, including recently launched App.net

How is it of use to journalists? Tagboard is still being built but an early version is available. Enter a hashtag and you can search across Twitter, Facebook, Instagram and App.net.

You do not have to be members of the networks to search. 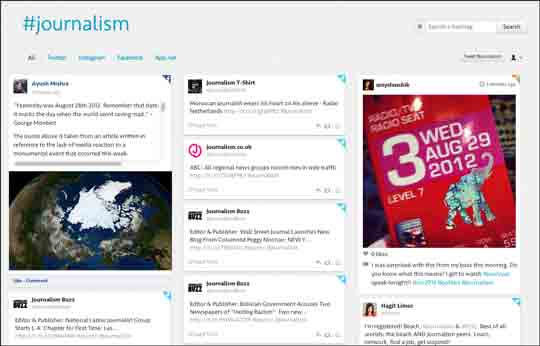 App.net was launched last month as a Twitter-like social network but one that is ad-free and fully open to developers to create apps. You can see the global feed of all conversations taking place on App.net at this link.

In order to build the network without later selling advertising, App.net charges users $50 per year. It’s still in its early stages but developers are busy working on third-party apps (such as Tagboard).