News outlets and brands can now create a Google+ page, something many organisations have been attempting to do since the launch of the social network in June.

Google previously pulled accounts set up by companies and appealed for patience. Yesterday Google announced pages in a blog post and said the roll-out was imminent. That has now happened and pages are open to all.

Journalism.co.uk now has a page on Google+, which you can connect with here.

To create a page for your news organisation select ‘company, institution or organisation’ and the ‘media, news and publishing’ category. 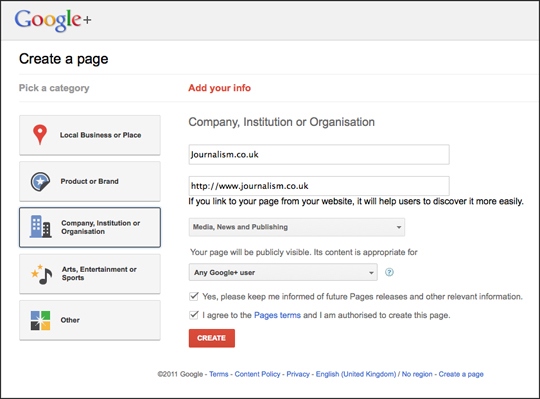 After an initial rush to join Google+ interest then waned. Journalists received an extra incentive to join last week when Google announced that journalists with a Google+ account can get a photo byline on Google News.