I caught up with Wikipedia founder Jimmy Wales at the Financial Times’ digital media conference to find out more about his views on how journalists should – or shouldn’t – be using Wikipedia.

He said while “generally speaking we always recommend journalists shouldn’t necessarily cite Wikipedia”, he advised reporters to use it as a “starting point” and then search out community discussions and what they “want to know”.

He added that he is pleased with the “stamp of approval” when news outlets link to Wikipedia.

Listen to the audio below in which he also explains the licences used by Wikipedia, such as for the use of images. 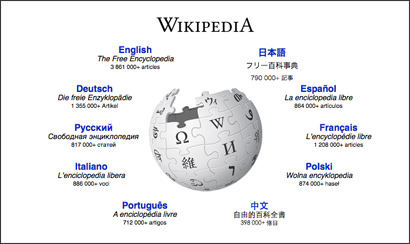 Giving the opening presentation at the Financial Times’ digital media conference in London today, the founder of Wikipedia Jimmy Wales discussed the power of the free access it offers for content on the site.

He said the “main original vision for Wikipedia” was based on the following quote:

Imagine a world in which every single person on the planet is given free access to the sum of all human knowledge.

He said by following the idea of free access from the beginning, the site, which currently reports around 65 million monthly visitors, saw “a huge amount of traffic”.

He outlined what Wikipedia sees as the most important part of what it does.

He added that the power of this “technique” of content dissemination for “growing online presences” is “still not fully understood”.

Wales said when Wikipedia started the mindset for many was “that in order to have successful content, you need unique content no one else had”, and then to erect a paywall or “vigorously pursue people copying content”.

He took the opposite route, with the only requirement being that users of the content have to follow the licence terms, usually meaning attribution to the source.

Lots of people made clone sites, or they would take an article and put in on a blog. It drove over time a huge amount of traffic.

He added that today this continues to be a “big factor” in the volume of links to Wikipedia and its ranking in search results.

When it comes to finding a business model for online content in general, he added that micropayments could be the way forward, in particular for newspapers online.

One of the things I’m very excited about is the rise of the app store, the app model. For the first time we have a very convenient method to pay relatively small amounts of money.

He added that payment for online content had “always been a barrier” in the past.

He said the ability to make an “impulse purchase” is “really important and going to have major impact when we think about content”.

Here are some of the interesting statistics Wales shared with the conference about Wikipedia 11 years on:

He added that we are now “in an era when the general public has a voice in a way they never had before”.

But he said there is also a “heavy” responsibility on Wikipedia and its community to “think about quality of Wikipedia”.

Following yesterday’s post on the perils of wikipedia as source material, Fiona Cullinan takes a look at sub-editing errors from a sub’s perspective and takes issue with those who simply brand it “lazy journalism”.

There’s such a thing as “lazy commenting” too, she says, and plenty of reasons other than laziness that can cause such errors, funny as they may be.

According to the Independent on Saturday’s print edition:

The Big Chill was founded in 1994 as the Wanky Balls festival in north London.

Always good to be reminded of the perils of lifting from Wikipedia – unfortunately the page has since been updated, but the Google search snippet sheds some light:

Wikipedia will soon be available on the iPad with the launch of new app, ‘Discover’, according to a report by cnet.com.

Discover is the first app from software company Cooliris, which already produces an iPhone app that enables its users to turn photo collections into “interactive 3D wall” art.

The new app uses content from Wikipedia and organises the data into sections which can be browsed in a magazine format instead of having to scroll down a long browser window.

The end result is a Wikipedia with larger text that can be read like an e-book and photos that can be thumbed through and scaled up to the iPad’s full resolution. The app also takes advantage of orientation to reposition, expand or consolidate the data it’s showing. Along the way, Cooliris serves up advertisements, which is where it can make some of its money given the app’s free price tag.

Discover has been submitted to the App Store and users are invited to sign up here to be notified of its availability.

Despite very well-heeled objections to the site in academic departments the world over, students in the University of Denver journalism school are contributing to Wikipedia as part of their course:

“There’s a sense of anxiety about it, because professors have a pretty negative attitude toward Wikipedia,” said journalism instructor Christof Demont-Heinrich, who first assigned the Wikipedia writing to students in his introductory course taught during the university’s recent winter semester.

“Students are leery about mentioning Wikipedia, because they might be subjected to criticism (…) But I tell them it’s an online source of knowledge that just has some information that might be questionable, but that doesn’t mean you have to dismiss all of [its content].”

Demont-Heinrich goes on to add that, even though Wikipedia doesn’t require “old-school shoe leather reporting”, students are being taught how to “thoroughly research a topic before publishing to a site viewed by more than 68 million people a month”.

From the ‘process journalism’ session at the SXSW Interactive event in Texas comes a discussion about Wikipedia as a news source. ReadWriteWeb reports:

Just like other news aggregation services, Wikipedia takes many sources and puts them in to a central location, but with the added benefit of human curation instead of algorithmic collection.

So the very first level of information vetting, which happens at the reporting level, has already taken place by the time it reaches the site. Then the hundreds or thousands of editors continue to scrutinize the information, discussing edits and potential changes in the back channels. The news we read in our daily newspapers, on the other hand, is curated by only a small number of people. Surely, there is the question of qualification, but many of Wikipedia’s contributors and editors are, themselves, professionals.

In an interview with Bloomberg Television, Jimmy Wales, co-founder of Wikipedia and also internet media company Wikia, reveals that he has recently bought a new stocks site, which he hopes whistleblowers will contribute to. Value Wiki is now part of Wikia, his consumer publishing company (Wikipedia is part of the non-profit Wikimedia Foundation).

[I] just bought a site called Value Wiki which is about stocks and we’re hoping people will come forward, maybe whistle blowers, whoever, will come forward with some information about companies.  The same thing can happen to politicians.

Wales also spoke about the accuracy and editorial issues for his encyclopedia, Wikipedia:

We’re trying to look at different software tools that allow the community to monitor what’s going on. There’s always a core of good people managing Wiki who really want it to be high quality. The main thing is making sure that they have what they need.

[Hiring editors] doesn’t even seem like the right approach to us. When we really dig in deep and we look at where there are problems, and what the problems are, they’re never about not having enough core people who are really passionate about it but about making sure the software tools are available to them.

SocialMedia.biz has a radio show featuring Jimmy Wales from Wikipedia, talking about growing and nurturing online communities.  Despite the recent £2 million donation from Google, most money comes from small donations, he says.

It was a wide-ranging con­ver­sa­tion about the democ­ra­ti­za­tion of media, the birth of Our­me­dia and YouTube, the thriv­ing global open source devel­op­ment com­mu­nity of Word­Press, Cre­ative Com­mons licenses, Ning, entre­pre­neur­ial jour­nal­ism, Sil­i­con Valley’s mantra of embrac­ing fail­ure, and the state of Wikipedia.

The organisation that runs Wikipedia, the Wikimedia Foundation, has received a $2 million grant from Google, or more specifically, Google Inc. Charitable Giving Fund of Tides Foundation.

The funds will support core operational costs of the Wikimedia Foundation, including investments in technical infrastructure to support rapidly-increasing global traffic and capacity demands. The funds will also be used to support the organization’s efforts to make Wikipedia easier to use and more accessible.

For the 2009/10 fiscal year, Wikimedia raised over $8 million in its annual fundraiser, from over 230,000 donors, it was announced last month.