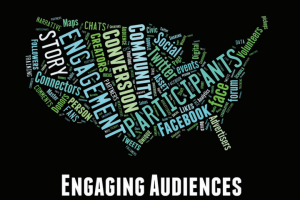 A report by the Washington DC-based J-Lab has found that even though online news startups have access to a wide range of social media tools, they struggle with how to measure their impact. Respondents to the survey, which was funded by the Robert R. McCormick Foundation, said Facebook and Twitter were important for alerting readers to new stories but they did not know how to monitor meaningful engagement.

Nearly 80 per cent of the 278 “digital-first” startups who responded to the survey said they did not have the means to measure whether their social media engagement strategies were converting readers into donors, advertisers, contributors or volunteers.

These small sites can measure interaction with their content, but they don’t have good tools to measure meaningful engagement. This affects both the future of their operations and the impact they can have in their communities.

We feel these numbers only give us part of the information we need. We’re interested not just in breadth of engagement but more in depth of engagement.

The report identified a “broadcast” mentality as a weakness in measuring audience engagement. It recommends a number of best practices for news startups when measuring engagement and urged training in the use of currently available analytics tools like ThinkUp, Google Analytics and Hootsuite.

The Global Editors Network launched a new contest at the News World Summit in Paris today, which has seen a number of new startups already outline their service or product to delegates, who will then vote on what they have seen.

The Startups for News competition saw more than 50 startups enter, with 13 selected who will present to the conference over today and tomorrow.

The 13 selected startups are mostly French outlets, but there are also four others from other parts of the world.

The winner will be declared on Friday. Our good friends from Bundlr in Portugal came over en masse last week for news:rewired, and they built a page dedicated to the event.

You can find tweets, quotes, pictures and video from the day there.

The idea for the tool actually came about as a way to cover conferences. Founders Filipe Batista and Sérgio Santos, from Coimbra, Portugal, told Journalism.co.uk in February:

After attending a great conference, we thought about ways to show how it really was to be at the event. Share photos, videos, reports and all that was being published online, in a single shareable page. But we couldn’t figure out a simple way to do it.

But now they have. Check it out by way of news:rewired here.

You can see Journalism.co.uk’s own round of blogs from the day at this link, and visit the news:rewired site to find speaker presentations, liveblogs and more.

Journalism conferences, as with all conferences I suspect, are always vulnerable to least a bit of tiresome industry navel-gazing, if not a lot. Even when they’re good, which the International Journalism Festival was, there is inevitably a lot of talking.

But on the last day of #ijf11 there was a welcome antidote in amongst the talk to round things off, a coherent message from several of the panelists: go out and do things, try things, find out what works. This particular session looked innovation in news, specifically at what it takes to go from having a good idea for a news site, to getting off the ground, to staying solvent.

Nigel Barlow trained as an accountant. He worked in small businesses for 20 years before he decided it was enough, and packed it in for a journalism course at UCLan.

Shortly after graduating Barlow co-founded Inside the M60, a local news site for the Manchester area. He told the #ijf11 panel that people need to start worrying less about the traditional journalism routes and start trying new things.

It’s a difficult time for journalism, but difficult times tends to bring out the best innovation. Don’t just look at the traditional routes, if you’ve got an idea just get on and do it. It’s abut throwing spaghetti at the wall and seeing what sticks.

A model example of getting on with it, Nigel was covering news for Inside the M60 before it even had a website.

Before the site was even there, we started to report on news in the area using Twitter, and created momentum for the site a few months before it launched.

We actively made connections with what I would call the local movers and shakers, MPs and businessmen for example.

We got a couple of big interviews with local MPs as well, which helped a lot at the beginning, and we were the first on the scene to cover a large gas explosion in Newham and were covering it live from the scene, after which we put about 1,500 followers in a couple of days.

We didn’t have a lot of money and we still don’t, so we have to make the most of free tools. But we got started by using social media and basically making a big noise on Twitter.

Using Barlow’s site as one example, Google News executive Madhav Chinnappa said the important thing was “the barriers to starting a news organisation have fallen”.

Fifteen years ago, starting a news organisation from scratch would have been impossible, but we have three people on this panel who have done exactly that.

And Chinnappa echoed Barlow’s sentiments on just getting on with it.

Google’s take on this is experimentation and interaction. Go out, try it, try it again, see what works.

He acknowledged it was difficult for smaller sites like Inside the M60 to get a decent ranking on Google news, and they would inevitably be dwarfed by the big global stories.

We know that if you’ve got a local news story that no one else has that it can be difficult to get out there. If you go to Google News and you don’t see an Inside the M60 story, that’s because they are getting outweighed by the likes of Fukushima and Libya.

And he acknowledged Google News was not giving proper due to certain types of content.

We’re not as good as we should be around video, or image galleries. And we’re almost playing catch up with the news organisations as they innovate, whether that’s graphics or slideshows.

But he also said there isn’t a magic formula to cracking Google, and argued that original, creative content was still important.

I think there is this myth about getting the technical aspect just right, and hitting on a formula and then you will suddenly be great on Google.

I don’t want to sound cheesy, but having good original content is still very important.

I spoke to Nigel Barlow after the session about making money as a local news startup: