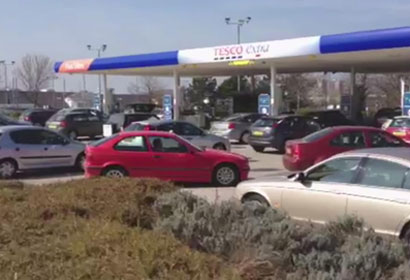 [Disclaimer: Blinked.TV was a sponsor of Journalism.co.uk’s news:rewired conference in January]

The app, which will soon be available for iPhone users, lest you record and stream audio and video, and send text updates. Users can create channels archiving this multimedia content and different permissions, which can be embedded in their sites. Users can also switch between broadcast, audio and text modes without losing connection to a server during the stream, said co-founder Andrew Cadman.

The app’s interface is illustrated in this roughly-shot video below:

According to founder Andrew Cadman the app allows for “digital storytelling with a single broadcast” – an important part of this is the metadata attached to each piece of material. By itself a broadcast won’t tell a story, said Cadman, but with captions and location data attached to it, it can. The app also allows for multiple users to contribute to the same channel from different handsets and locations.

Providing high-quality livestreaming is the company’s ultimate aim – current 95 per cent of content uploaded via the Blinked.TV site is streamed live, said Cadman. Blinked.TV will also be trialled by a big UK media group in the next few months and is looking a charging larger companies for use of its embedded channels or charging on a bandwidth use basis.

As part of the Digital Storytelling event, Blinked.TV is running a competition offering prizes of £350 for the best individual and best team broadcast produced using the application. The deadline for entries, which will be judged by Blinked and digital journalism collaborative not on the wires, who organised the event, is 3 May.