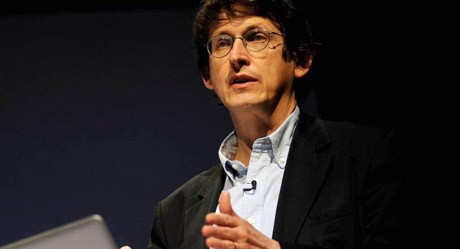 A Spanish freelance photographer’s image of a woman in Yemen, holding her wounded son in her arms, has been named the World Press Photo of the Year at the annual awards.

The picture, taken by Samuel Aranda for the New York Times, was among more than 100,000 photographs from the world over that were considered by this year’s judges.

The full gallery can be seen on the World Press Photo website.

The AFP has issued a release to say its photographer John MacDougall won the Rueckblende (flashback) award in Germany for 2011.

The agency says this is the first time the award, which is for political photography and cartoons, has gone to one of its photographers.

The winning picture of a German female soldier embracing a relative of one of three victims at a military funeral brought home the human aspect of the tragedy of Afghanistan, judges of the Rueckblende award for political photography said.

MacDougall first started work at AFP in 1989 as a photo editor.

According to the AFP release “his photo was chosen from among 247 entries for the Rueckblende, which was created in 1995 and carries a 7,000-euro ($9,200) prize, and which also awards a prize for political cartoonists.”

Journalists are invited to take part in the annual Lorenzo Natali Prize, organised by the European Commission.

The international contest, now in its 18th year, will reward the work of print, radio and television journalists from the following regions: Africa;  Asia and Pacific;  Latin America and the Caribbean; Europe; and the Arab World and Middle East.

Entrants must submit one extract or entire journalistic work tackling issues in development, democracy and human rights in the developing world. The work must have been printed or aired between 1 July 2009 and 30 June 2010.

An awards ceremony will be organised for the winners by the European Commission in Brussels in December.

See the full guidelines for the contest at this link.

See guidelines for entering the contest at this link.

Deadline for submissions is August 31.

Those nominated are as follows – the comments on individuals come from Mind’s awards team:

Mind Journalist of the Year Award
Edward Davie, British Medical Association News
“Edward Davie submitted a series of articles on the issue of private healthcare providers refusing to treat NHS patients with psychiatric conditions. Davie’s articles were noteworthy for the depth of personal investigation involved and the clarity with which he highlighted this tricky area.”

Nick Morrison, the Times Educational Supplement
“Nick Morrison demonstrates a deep understanding of stress and mental well-being at work in a feature on the mental health of teaching professionals. Packed with first-hand experiences of teachers from all walks of life, this honest account is a wake up call for the education sector.”

Alexi Mostrous & Ben Macintyre, the Times
“In a frank and exposing article Alexi Mostrous and Ben Macintyre investigate mental health problems such as post-traumatic stress disorder among current and former soldiers, and present revealing insights from ex-service personnel who have experienced mental distress.”

Barry Nelson, the Northern Echo
“Local journalist Barry Nelson writes on topics ranging from stigma and PTSD [post-traumatic stress disorder] to the use of art therapy as a mental health treatment, showing the many ways in which mental health can impact upon people’s lives both directly and indirectly.”

Deborah Orr, the Guardian/G2
“Deborah Orr recounts her experiences shadowing professionals involved in sectioning patients under the Mental Health Act, producing a sobering take on the challenges faced daily by mental health workers and the realities surrounding the process of admission to psychiatric care.”

Max Pemberton, the Evening Standard and the Daily Telegraph
“Max Pemberton’s columns explore the stigma and misunderstanding that still persists around mental health. A doctor as well as a journalist, Pemberton presents different perspectives and incites readers to think differently about how subtle mental health discrimination can sometimes be.”

Patrick Strudwick, the Independent
“In an in-depth investigative feature into the world of straight-to-gay conversions where homosexuality is seen as a mental health problem, Patrick Strudwick challenges the reader with controversial questions such as whether tighter regulation of counsellors and psychotherapists is necessary to protect the public from abuse at the hands of therapists.”

The Institute for Interactive Journalism and the McCormick Foundation will fund three women-led projects ‘that will rock the world of journalism’ in the McCormick New Media Women Entrepreneurs program.

“We will fund individuals who have original ideas to create new websites, mobile news services or other entrepreneurial initiatives that offer interactive opportunities to engage, inspire and improve news and information in a geographic community or a community of interest.”

Full details at this link…