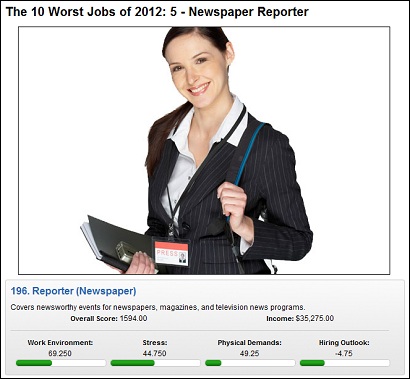 One thought on “Newspaper reporter: fifth worst job? US careers study seems to think so”