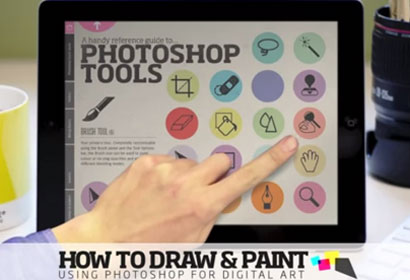 Future Publishing has announced the launch of an iPad-only magazine to act as a second screen to the computer.

The term second screen generally relates to the use of a tablet or mobile in addition to a TV or other device.

Future’s new title, called How to Draw & Paint, is the latest in a line of Future publications to be launched without a print edition.

Previously released iPad-only titles include Teach Yourself Photoshop and the interactive editions of T3, Tap and Guitarist Deluxe.

The app magazine, which serves as a tutorial for those “using Photoshop for digital art”, utilises the interactivity of the tablet.

We’ve taken a new approach to delivering tutorial content on iPad based on how digital artists use their tablets alongside their main computer.

Future has more than 70 titles in Apple’s Newsstand. The publisher said the release of the Newsstand portal in October resulted in six million app downloads in the first six weeks.

In November Mike Goldsmith, editor-in-chief of iPad and tablet editions at Future, told Journalism.co.uk in a podcast that Newsstand was “revolutionising the publishing industry”

How to Draw & Paint is available from on the App Store via a 90-day subscription priced £4.99.