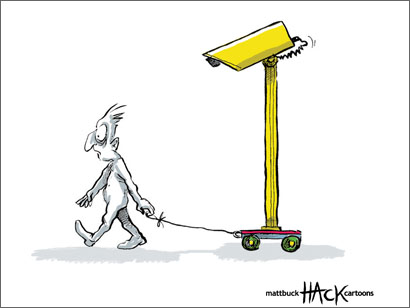 The founder of the Sunday Sport is believed to be buying back the title, which went into administration on 4 April.

David Sullivan, who is joint chairman of West Ham United, launched the Sunday Sport in 1986, following with the Daily Sport in 1991.

He sold the two titles in 2007, for £40 million and is now believed to be buying back the Sunday paper for less that £1 million.

A former Sunday Sport editor told Journalism.co.uk Sullivan’s team spent some of yesterday looking for new offices for the Manchester-based title, which is expected to relaunch on 8 May.

Administrators for the Sport titles, BDO, told Journalism.co.uk no deal has been completed and they are “still talking to interested parties”.

It is thought the Daily Sport is not part of the deal.

If no buyer is found for the daily, it will be the first national daily to shut since Today closed in 1995.

Sullivan bailed out Sports Media Group, which owned the titles, in 2009, with a £1.6 million loan, but did not offer more money to save the titles earlier this month when the papers shut with the loss of all 80 jobs, administrators said.

A relaunched Sport would see Sullivan look to win back readers, who have been welcomed by Richard Desmond’s title the Daily Star Sunday since the Sunday Sport’s closure.

A message on the paper’s masthead using the Sport’s typeface has been used by the Daily Star Sunday for the past two weeks.

National Union of Journalists negotiator Lawrence Shaw said he “would welcome any newspaper start up” but warned the sale could still leave freelancers owed large amounts of money.

Following news that Richard Desmond’s publisher Northern & Shell had withdrawn all of its titles – including the Daily Mirror and OK! Magazine – from the PCC’s self regulatory system, the Media Standards Trust has posed the following open questions to Northern & Shell, the Press Complaints Commission (PCC) and the Press Board of Finance (PressBof). Republished here in full.

Martin Moore, the director of the Media Standards Trust, said: “The withdrawal of Northern & Shell raises fundamental questions about the sustainability of the current system of self-regulation. The PCC and PressBof need to reassure the public that they will continue to have adequate avenues of complaint. Northern & Shell needs to be clear as to how it will, in future, fulfil its obligations to its readers and to the broader public.

“The Press Complaints Commission argues consistently that it exists as a better alternative – and deterrent to – statutory regulation. It now needs to explain what impact Northern & Shell’s withdrawal will have on the general public, and what it plans to do to ensure the comprehensiveness and sustainability of press self-regulation.”

The MST reports on its PCC Watch site that the PCC and PressBof have responded to their questions.

Channel 5 owner Richard Desmond is planning a revamp of the channel’s news bulletins, which could include ending its current contract with Sky News, the Guardian reported last night.

According to the article Desmond, also owner of the Daily Express, wants “greater personal control over the Channel 5 News bulletins” and has asked several other news producers to work on ideas for the channel’s news output.

Over the last few weeks executives at Desmond’s Northern & Shell have asked ITV News producer ITN, Question Time maker Mentorn, and US news channel CNN to draw up alternatives to the Sky-produced service.

Sky has also been asked to submit ideas, but the Rupert Murdoch-controlled satellite broadcaster is not thought likely to retain the contract.

Speaking in an interview with Andrew Marr yesterday, Hunt also indicated some change was needed to the licence fee:

We’ll be having discussions over the future of the licence fee, the next licence fee settlement next year, in which I’ll be talking to Mark and the BBC management in a lot of detail. And I do want the BBC to demonstrate that when it comes to their management pay, they’re on the same planet as everyone else because of the economic inheritance that we’re facing. Government ministers are having to be careful with every single penny of taxpayers’ money and the BBC does need to show that it’s careful with every penny of licence fee payers’ money as well.

But he added that the government support the idea of a similar stream of revenue continuing:

Well what we’ve said very clearly is that we accept the principle of the licence fee, which is the idea if you like of a household tax to fund public service broadcasting that is ring-fenced, and we think that one of the reasons we have some of the best TV and broadcasting in the world in this country is because we have these different streams of income including the licence fee, including subscription income and including advertising. Now the way we collect it may have to be rethought because technology is changing, a lot of people are watching TV on their PCs. We’re not going to introduce a PC licence fee and that is something that I do need to have discussions with the BBC to see what their ideas are.

Marr also asked Hunt for a response to the news that Express Newspapers owner Richard Desmond had purchased Channel Five. Hunt said the news was “encouraging”:

Well what people need to remember about that is that the regulations over what broadcasters can do are much stricter than over people who run newspapers and magazines. And it was a Conservative government that founded Channel Five in 1997. Indeed Conservative governments have actually been responsible for most of the big changes in broadcasting. We founded ITV and Four and did the Sky and satellite and cable revolution as well. But what I think is encouraging is that one of the first things that Richard Desmond said was that he was committed to Five’s future as a public service broadcaster.

As reported widely elsewhere, at this link for example, owner of Express and Star newspapers and OK! magazine Richard Desmond, last week lost a libel action against Tom Bower, concerning a passage in the journalist’s unauthorised biography of Conrad Black published in 2007.

Amid all the subsequent comment, Tom Bower’s own ‘My Week’ piece for yesterday’s Observer stands out. Bower believes that Desmond devised the libel complaint ‘to prevent the publication of Rough Trader, my unauthorised biography of Desmond which was completed and printed [but never published] in 2006 (…)’.

Here’s an extract from Bower’s account of the trial:

“The ‘forged’ letters incident was a glorious highlight. My letters in 2005 to Desmond asking for interviews were dismissed by Desmond as ‘forgeries’. Infuriated by Desmond’s audacity, I stood up while he was still giving evidence and signalled to my wife [former London Evening Standard editor, Veronica Wadley] seated behind to exit the court. One hour later, after a dash back to our Hampstead home, she returned clutching a recorded delivery letter sent in 2005 to Desmond’s home and returned by him unopened. For four years, it had been carefully preserved in a white filing cabinet in my study.”

Desmond, the owner of Express and Star newspapers, has lost his action against biographer Tom Bower – leaving him with an estimated £1.25 million legal bill, the Guardian reports.

The newspaper owner took the action over two pages of Bower’s unauthorised biography of Conrad Black in which he claimed Bower made him look like a ‘wimp’ and made allegations about his relationship as a newspaper rival to Black.

“On the other side of court 13, Bower smiled, and accepted a kiss from his solicitor. His two barristers embraced: for a defendant to win a libel case is an exceptionally rare thing,” writes Helen Pidd.

Update: Desmond gives his own take on the trial in this Express article.

Journalists at the Daily Express, Sunday Express and Daily Star are to undertake a series of 24-hour strikes over pay.

Strike action – scheduled for April 3, 10 and 17 – was approved at a National Union of Journalists (NUJ) meeting last night and is a reaction to ‘a below inflation pay offer’ – 3 per cent – made by the papers’ management to staff.

A statement from the NUJ also expressed concerns over owner Richard Desmond’s involvement with editorial decision making at the titles.

“We want the editors to be left to edit, free from commercial interference that puts opportunities to boost circulation ahead of journalistic integrity. Our titles need real investment, instead we face continuous rounds of budget cuts and inadequate staffing levels. Now we’re being told to take a below inflation pay offer and be grateful we’re not facing more redundancies this year – we’ve simply had enough,” said Michelle Stanistreet, NUJ President and union representative at the Express.

UPDATE: Were the papers right to turn their comments off on these stories? – take the poll

The Express and Daily Star newspapers both printed front-page apologies today to the Kate and Gerry McCann – the parents of missing toddler Madeleine McCann.

“We now recognise that such a suggestion is absolutely untrue and that Kate and Gerry are completely innocent of any involvement in their daughter’s disappearance,” they both stated.

Another similarity, both newspapers turned the comments system off on the online versions of these stories ‘for legal reasons’.