The use of open data in our newsrooms has been growing in the past few years and many people believe that the future of data journalism relies on the collaboration between developers, designers and journalists to create better ways of extracting information from open datasets.

Tomorrow (3 December) is International Open Data Day and there is a series of worldwide events set up to gather coders, programmers and journalists around “live hacking” challenges.

Where? The Barbican in London and around the world

When? Saturday, 3 December from 11am

For journalists, it’s an occasion to give hacking a go and meet people from the world of data.

The past year has seen open data continue to gain traction around the world with new open data catalogues launched in Europe, North America and Africa and more data available from organisations such as the World Bank.

Open Data Day is a gathering of citizens in cities around the world to write applications, liberate data, create visualisations and publish analyses using open public data. Its aim is to show support for and encourage the adoption of open data policies by the world’s local, regional and national governments.

Join the Open Knowledge Foundation and CKAN at the Barbican tomorrow (Saturday, 3 December) as they assemble a “crack-team” of coders to break data out of its internet prisons and load it into the Data Hub.

Participants will be on IRC and will also be using the hashtags #seizedata and #odhdLDN on Twitter. All journalists, data scrapers, coders and #opendata enthusiasts can join.

David Eaves, the organiser of this year’s Open Data Hackathon believes this event is a great opportunity to teach journalists, as well as the general public, how to tackle data on a day-to-day basis:

Its a Maker Faire-like opportunity for people to celebrate open data by creating visualisations, writing up analyses, building apps or doing what ever they want with data.

What I do want is for people to have fun, to learn, and to engage those who are still wrestling with the opportunities around open data … And we’ve got better tools. With a number of governments using Socrata there are more API’s out there for us to leverage. ScraperWiki has gotten better and new tools like Buzzdata, the Data Hub and Google’s Fusion Tables are emerging every day.

Who’s it for? Everyone. David Eaves says:

If you have an idea for using open data, want to find an interesting project to contribute towards, or simply want to see what’s happening, then definitely come along.

You can also check out the HackFest 2011 topic page on BuzzData.

Where? @Forward in London, and around the world

Starting on the same day as the Open Data Hackathon, the Random Hacks of Kindness’ Codesprint will gather thousands of experts in 25 countries to develop open tech solutions over two days of hacking challenges.

The unprecedented gatherings in collaboration with Google, Microsoft, Yahoo!, NASA, HP and the World Bank will bring together some of the world’’ most innovative social enterprises and volunteer technologists.

London’s event promises to be exciting as over 100 tech heads will gather to tackle one issue: financial exclusion and illiteracy. It will be the first ever hack day addressing this theme.

Mike Mompi, head of strategy and innovation at My BNK and the organiser of London RHoK event says:

The main objectives of the weekend are problem solving, capacity building, partnerships, and impact

A £500 cash prize will be given at the end of Sunday for the winning solution (among other prizes) and several media organisations, including The Huffington Post, will be joining in.

People from RHoK have hosted three global events to date, in 31 cities around the globe with over 3,000 participants. Past events resulted in apps and alert systems to warn people of bushfires in Australia and recipients of food stamps to sources of fresh produce in Philadelphia.

The RHoK community is open for anyone to join.

If you want to get an idea of what’s in store for this weekend, check out last year’s hackathon videos.

You will be able to follow the event on Twitter @RHoKLondon and the hashtag #rhokLDN. It is still possible to sign up for this weekend’s free event via this link. 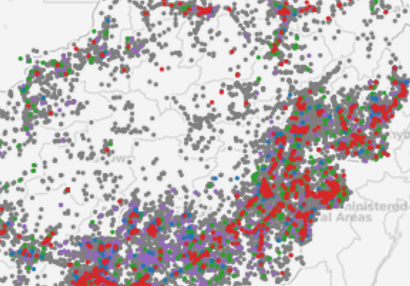