In one of the first sessions at the Global Editors Network news summit today the panel discussed paywalls and paid-for apps. 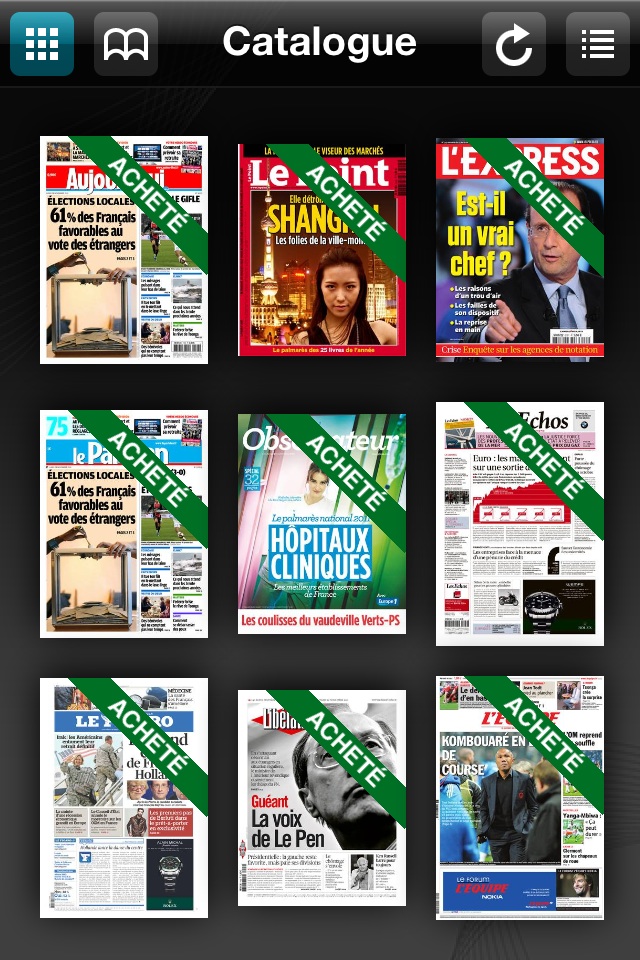 One of the speakers was Frederic Filloux, general manager of ePresse Consortium, the “digital kiosk” or newsstand from ePresse which launched in July this year after just six months of development by a two-man team (the catalogue section of the iPhone app is shown in the screenshot on the left).

Filloux gave an interesting insight into the model and the online challenges of the industry in which it performs.

He said the kiosk has a “news DNA”, leaving the leisure magazine market to other outlets.

“It is highly selective. It had just eight publishers at start, and might have grown to 12 in January. It is capturing an 85 per cent reach, the market is quite concentrated.”

I spoke to him more about the platform after the session, when he also discussed how ePresse would be working with Google’s One Pass system

During the session the speakers also called on editors to experiment with numerous revenue streams, and find their unique market.

Filloux told the conference “the company that will survive will be the one able to have not two but 15 different revenue streams and be able to test, experiment and find out what will be most valuable … It will have to test a lot and try many formulas.”

Fellow speaker Madhav Chinnappa, head of strategic partnerships for Google News, added that “the solution is going to be unique and individual”.

In my personal opinion the most successful paywall has probably been the Financial Times, but they have a unique set of circumstances. It took them years to develop their paywall, trying different things. They spent a lot of effort around customer data. They come from unique position. I don’t know any human who pays for a subscription to the FT, it’s companies, so that’s going to be different from most newspapers in the audience.