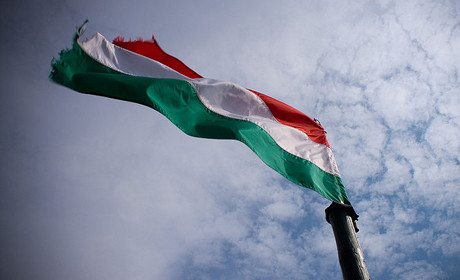 Two years ago today 30 journalists and two support workers were killed in the Philippines in the “Maguindanao Massacre”, and what Index on Censorship has described as the “single deadliest event for the media”.

Today, 23 November, also marked the inaugural International Day to End Impunity; last year a Global Day of Action was held to mark the first anniversary of the massacre.

Index on Censorship, Article 19, the Committee to Protect Journalists and English PEN have joined forces with several freedom of expression pressure groups around the world to call for demanding justice for journalists’ murdered in the line of duty.

In the past 10 years, more than 500 journalists have been killed. In nine out of 10 cases, the murderers have gone free. Many others targeted for exercising their right to freedom of expression — artists, writers, musicians, activists — join their ranks.

On this day two years ago the single deadliest event for the media took place when 30 journalists and two support workers were brutally killed in Ampatuan, Maguindanao province, The Philippines. The journalists were part of a convoy accompanying supporters of a local politician filing candidacy papers for provincial governor. In total the “Maguindanao Massacre” as it has come to be known, claimed 58 victims. Not one of more than a hundred individuals suspected of involvement in the atrocity has been convicted yet.

We join those in the Philippines not only in honouring their slain colleagues, friends and family members, but demanding justice for them and hundreds more in Russia, Belarus, Pakistan, Sri Lanka, Mexico, Colombia, Iraq and Somalia and other countries where killings of journalists and free expression activists have repeatedly gone unpunished. Above all we demand an end to the cycle violence and impunity. 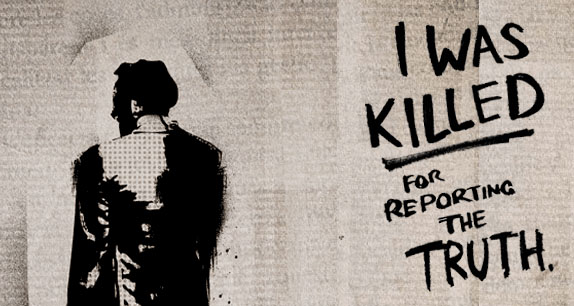 I think (although this post may lead to me being quickly proved wrong) that I have been pretty careful and accurate in my reporting of various different injunction stories of late. This is largely thanks to my former colleague and media law blogger Judith Townend, whose exasperation with the media bandying around the term “superinjunction” I have seen first hand.

Not everybody has been cautious, and the term superinjunction seems to have been applied left, right and centre to celebrity injunctions. The fact that Ryan Giggs never obtained a superinjunction, and that there have only been two new superinjunctions in the past year — one lasting seven days and the other overturned on appeal – are two of ten lessons taken away from the whole affair by Kingston University journalism lecturer Brian Cathcart, who writes today on Index on Censorship.

The other eight include these gems:

There appear to be 75,000 British Twitter users who are ready, with the right tabloid encouragement, to participate in the “naming and shaming” (or pillorying) of adulterers.

When it suits them, the tabloids also blithely set aside their usual view that online social networking is an evil invention that causes crime, suicide, binge drinking, obesity, terrorism and cancer.

See his full list on Index on Censorship at this link.

The UK media has come in for a fair amount of criticism over the past few days for its coverage of Chris Jefferies, who was arrested on suspicion of the murder of Joanna Yeates but later released without charge.

In a post for Index on Censorship, published yesterday, Kingston University journalism professor Brian Cathcart analyses the deficiencies of England’s contempt of court laws that allow news organisations to go unpunished for what he calls the “monstering” of suspects.

Sometimes, as in the case of Jefferies, the attorney general publicly draws editors’ attention to the Contempt of Court Act of 1981, but it never makes any difference. They know and he knows that that law, supposedly intended to protect juries from improper influence, contains a loophole big enough to render it meaningless.

To convict a paper of contempt in such a case the Crown would have to prove there had been a “substantial” risk of “serious” prejudice. This, successive attorneys general have decided, is both unmeasurable and unprovable, which means it is also unenforceable. It follows that reporting of suspects around the time of arrest is unfettered.

Full post on Index on Censorship at this link.

David Banksy: Molecular chemistry, contempt of court and the reporting of the Joanna Yeates case

At the end of last week, news broke that think-tank MigrationWatch had threatened political commentator Sally Bercow with libel action following comments she made on Sky News in August about a Daily Express story on migration.

Her comments reportedly included reference to what she perceived as the oversimplification of arguments made in the article, which included statistics from MigrationWatch, adding that the story was “fairly dangerous propaganda”, based on case documents posted by author Richard Wilson on his blog.

According to a release from the Libel Reform Campaign, Bercow, who is the wife of House of Commons speaker John Bercow, received a letter from MigrationWatch’s chairman Sir Andrew Green’s solicitors demanding an apology and legal costs as a result of her comments.

Yesterday lawyer David Allen Green announced on his ‘Jack of Kent’ blog that he had been instructed to act in Bercow’s defence to any libel action. Discussing the context of the case he said the current state of free expression is “depressing”.

(…) Sally Bercow could have just quietly apologised, perhaps with the pre-prepared humble apology which was attached to the threatening letter. But she chose not to do so. She has chosen instead to make a stand for her right as a political commentator to respond to news stories in the way she did. She wants to show how threats like this to political commentators – and also journalists – support the need for libel reform.

The case has also been highlighted by the Libel Reform Campaign as what they claim is “proof” of the need for defamation law reform. A new defamation bill is already expected to be drafted in 2011 by the government. Jo Glanville, editor of the Index on Censorship added:

MigrationWatch should not be using our libel laws to silence criticism of their approach over immigration. Sally Bercow now faces the same ordeal as Simon Singh with potentially bankrupting costs, years of her life wasted in Court, all for expressing an opinion. It really presses home just how important the coalition’s pledge of a libel reform bill is.

MigrationWatch had no further comment to make at this time.

Index on Censorship is to host a debate on the internet and free speech at the Free Word Centre in London, tonight [12 May] at 6.30 pm.

If like Journalism.co.uk, you’ve been increasingly alarmed by social network tactics that threaten journalists’ safety and confidentiality, you might like to submit a question to be asked at the event, at this link: ‘Put your questions to Facebook and Google – We ask is the internet safe for free speech?’

As reported on our main site, Simon Singh has successfully appealed the initial ruling on meaning of his Guardian article about the British Chiropractic Association, in the Royal Courts of Justice today. The new ruling determines that Singh can defend his writing as “fair comment” – rather than having to justify it as fact.

Via Index on Censorship, we’ve got the judgement in full (albeit a little wonky). We’ve embedded it on Scribd – see below: