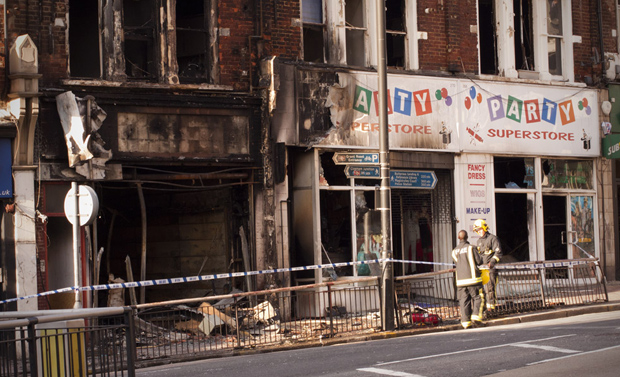 The full shortlist is not yet on the RTS website, but can be found below. The awards ceremony will be hosted by ITV newsreader Mark Austin, in London on 22 February. END_OF_DOCUMENT_TOKEN_TO_BE_REPLACED

The Associated Press is to move its hosted online video operation onto a platform provided by the News Distribution Network (NDN).

According to a report by Editor & Publisher NDN will be providing the 1,500 affiliates of AP’s Online Video Network with the newswire’s coverage as well as video content from news brands across more than a dozen categories.

By the time the upgrade is completed in the first quarter of 2011, affiliates that opt in will have the broadest offering of video news available anywhere. Today Jeremy Vine is top of the broadcast journalism food chain. He presents an eponymous  show on BBC Radio Two every lunchtime, fronts Panorama on BBC One every week and plays the all-important graphics role in the BBC’s Election Coverage. But it was all so different in 1986 when Vine started our as a bright-eyed 21-year-old trainee on the Coventry Evening Telegraph.

Vine had never been to Coventry before his first day on the ‘Tele’ thirty four years ago. He was thrown in at the deep end – sent off to report the courts and come back with story return with a story an a picture. “I had to go up with photographer, John Potter and work out who the defendant was and say, “that’s him! He was about 19 and made off with his family so we had to run after him.

“I was laughing thinking, ‘This is probably the most exciting thing I have done in my life!’ ”

But Vine was very quickly brought back down to earth after he filed his story.

“[The defendant] had run up to a woman in a park saying, ‘I want sex’, so that was my intro”. But news editor Geoff Grimmer told Vine, “That’s not a story because everyone wants sex. The story is that she fought him off with a shoe.”

It didn’t get much better. On another court case, the defendant collared Vine in the corridor and spun him a good yarn about the crime. Trouble was, it was somewhat different to his evidence in court. Vine wrote it up as gospel only for the news editor to toss it in the rubbish bin. Another painful  learning experience. “I got some pretty good carpetings for getting stories wrong,” he admitted.

“The most heinous crime was for someone’s name to change halfway through the story or in the lists of divorces or TV licence evaders. They also never wanted to see the words ‘incident’ or ‘situation’, if it’s a crash it’s a crash.”

He did learn though, and kept his eyes and ears open and delivered some front page splashes, including two very negative stories about the very university in which he was speaking (then Lanchester Polytechnic). Current Coventry Telegraph editor Darren Parkin, who is returning the ‘Tele’ to its roots, was on hand to present Vine with some of the broadcaster’s cuttings from the time. He looked humbled to receive them.

Vine said two of the biggest stories he covered on the Telegrpah were Coventry City winning the FA Cup and a rapist on the prowl in the City Centre. “At the end of the day I could see my story coming off the press 1,000 times a second. It was an amazing feeling seeing your name in print.”

Not amazing enough though.

Vine moved from ‘Tele’ to Telly, and to the BBC in 1988 for a news traineeship. News reporting followed, then Today on Radio Four, BBC Belfast, a job as the BBC’s Johannesburg correspondent, and then, in 2000, the big one: presenting ‘Newsnight’.

There was, however, already a Jeremy on that show (Paxman), and there was only really room for one.

“I was the other Jeremy and it was his show,” Vine recalled. The other Jeremy got the big ones, but Vine did some sterling journalism on Newsnight before Radio Two called in 2003 and he became the Jimmy Young of the new era.

For the 18-year-old wannabe hacks in the audience that night, there were plenty of good lessons in that Conversation. Words ripe from the Vine.

This time last year I was set to embark upon the biggest obstacle of my young adult life, the daunting but exciting prospect of trying to start a career in a already overflowing industry with thousands of competitors jostling just to ‘get in’. Yet I’m proof that it can be done, and all it takes is a little self belief and application.

Back in October 2009, only a few months after finishing my course at Coventry University, I was fortunate enough to have been offered a role within the UK’s number one sporting channel, Sky Sports News. This was a dream environment for me to work, as a large amount of student life was lost watching this potentially degree destroying channel.

I was later informed by my boss that over 250 applicants had applied for my Ingest Operator role, a junior position which means I am responsible for live and tape feeds being recorded onto a server to then be played on air, usually as soon as possible, meaning communication with producers, editors and reporters is an essential part of the job. I’m a small but indispensable cog in the wheel of TV News.

My advice for those looking to work in any form of media, whether that be broadcast, online or print, is that enthusiasm is king! Guest speakers at the university’s Coventry Conversation series would often say tell us if we wanted it bad enough, we would get it. That statement could not be any truer.

With the ever increasing number of new media platforms, opportunities for entrepreneurial students are many and varied. There are so many new ways to build a unique portfolio to impress potential employers.

My journey started by charming the producer of a local radio station to give me some work experience. This was a long haul placement which turned into a paid part time job from June until October, when I joined Sky Sports News. The radio station placement gave me valuable basic editing and production experience. Being multi-skilled is vital in today’s newsroom. You can expect to be competing with far too many multi-skilled candidates not to take this seriously.

I undertook other work experience writing for a non-league football website, which gave me a niche to build a portfolio around. Soon I found my work on the BBC local sport web pages.

I also took it upon myself to take a voluntary position as a press secretary for a non league football club, Corinthian-Casuals. This gave me real life match reporting experience, which also got my name in both national and local newspapers.

Finding a niche is an excellent way of standing out from the crowd, and can give you an expertise others may find useful in their companies or websites.

As a journalism or media student, not having a blog to hone your writing skills is unforgivable, and not using applications such as Twitter and Audio Boo to promote your work is a missed opportunity.

Creating opportunities is essential. A few weeks ago I got in contact with Julian March, producer of SkyNews.com, via Twitter and asked if there was any way I could get involved with the election night coverage. He responded within minutes by emailing me internally. He put me in contact with the right people and I ended up on the Sky 100 team on election night, collecting results from the key 100 marginals and getting them on air and on screen as soon as possible.

Enthusiasm is really the key; you can be brilliant at something in this industry but you won’t get anywhere if you aren’t prepared to put in the time and effort. There are just too many other people out there who are.

Charlie Brooker on the latest episode of his satirical masterpiece Newswipe sends up the ‘visual language’ of a typical standard TV news report.

Watch with the sound turned off and you will realise just how close to the bone he cuts.