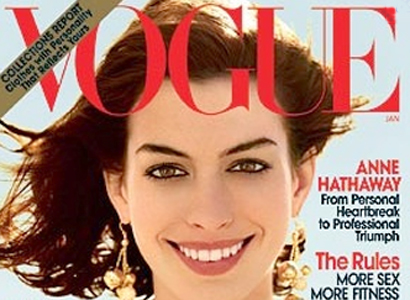 American Vogue is making its archive of every image in its 119 year history available online, according to the Guardian.

The Guardian says it could be a valuable resource, despite the cost, explaining it promises to reduce search time “that might have taken weeks of painstaking research using paper archives”.

The archive is being marketed as a business-to-business resource, aimed at design professionals. A limited version, the extent of which is not yet clear, will be made available to Vogue’s subcribers in 2012.

The strategic importance of the move goes beyond the revenue the paywall will deliver. “This is Condé Nast waving a flag about what the Vogue brand could be,” says Douglas McCabe, media analyst at Enders Analysis. “What they are saying is: Vogue is absolutely the authoritative player in this field. There aren’t many magazine brands that could line up behind this and copy what they’ve done. That’s one of the points Vogue is making.”

The article goes on to say that some feel the £1,000-a-year fee is too high, whereas “some are in full support of the subscription fee”.

“The moral outrage people feel about being asked to pay for content is misguided. Actually, I’m surprised the price is so low,” comments Chris Sanderson, co-founder of trend forecasting consultancy the Future Laboratory. “The archive is clearly being marketed to creative professionals. The searchability gives it real value, because you have the ability to drill down into content and locate exactly what you need.

The Guardian’s full article is here: Vogue launches online archive of every American issue in its 119-year history.

A couple of comments from last week’s post asked how I managed to get work published in the nationals as a freelancer sans training.

Short answer: I had the right story that only I could write at the right time. That’s a lot of rights.

Before my NCTJ I did a couple of brilliant evening courses:

At the time (2005) it was run by Liz Hodgkinson, who I remember always claimed that you didn’t have to be a particularly good writer to be successful. She also encouraged people to pitch, pitch and pitch – editors could only say no.

The film, The Devil Wears Prada, about one girl’s gruelling experience assisting the editor of a top fashion magazine in America, was about to come out in the cinema.

The book, on which the film was based, caused a lot of controversy as its author, Lauren Weisberger, had worked for American Vogue editor, Anna Wintour, previously. Weisberger always claimed her book was entirely fictional.

Coincidentally I had just come back from a tough 3-month work experience placement at American Vogue.

I failed to put two-and-two-together, but a girl on the evening course pointed out that I could write about my experiences to coincide with the film’s release.

I thought I’d aim high (you never ask, you never get) so with the help of Liz Hodgkinson’s subbing skills I pitched the following to the Guardian:

The Devil Wears Prada told the unbelievable story of one girl’s baptism of fire
on a glossy fashion magazine but what’s the reality like?

Much worse if my three gruelling months of work experience at American Vogue are
anything to go by!

I wondered if you would be interested in my story to coincide with the film
version of The Devil Wears Prada starring Meryl Streep as the fiery editor and
Anne Hathaway as her long-suffering assistant.

The film is due out in the U.S on 30th June and in the U.K on 27th October. I
have a picture of me and the other interns standing in front of the Vogue logo
at Conde Nast.

My name is Amy Oliver and I’m a freelance journalist.

Undeterred I pitched it to The Times.

They didn’t know me from Adam and asked me to write a couple of paragraphs on my experiences at Vogue, and also to submit some of my written work.

What do you send in to The Times if you’ve never had anything published? Unbelievably or perhaps naively I sent in a piece on window box gardening and a snippet on why there should be more nasty, abusive greetings cards on the market!

Both pieces I had done as homework for my course. Both pieces now make me cringe to my very core.

I was so overwhelmed I think I hid in the corner and didn’t write another word for six months. Not very ballsy hack with rhino skin… more Miss Marple.

No one else could have written that story and a personal experience timed with a current issue is usually the best way to start.

To give another example a woman on the evening course was caught up in the Asian tsunami in 2004 and was planning to write a personal experience for the anniversary.

If you don’t know who to pitch your idea to phone up the newspaper and ask. Be prepared for much sighing and monosyllabic answers from the other end – imagine how many people phone them every day to tell them about typos etc.

Also be prepared to pitch the crux of your idea over the phone. If they can cut you off without clogging up their inbox they will.

Now perhaps someone can advise me: I was always told to pitch ideas to one publication at a time. I have since met a very successful journalist who blanket pitches and usually sells the same story three or four times over. (I’ll try and get hold of blanket pitcher extraordinaire for an interview)

Do people who freelance already blanket pitch? Have you ever come up against anger from a publication and exclusivity?

This is the second post in Amy’s blog series: Am I too old to become a journalist? Read her introductory post.