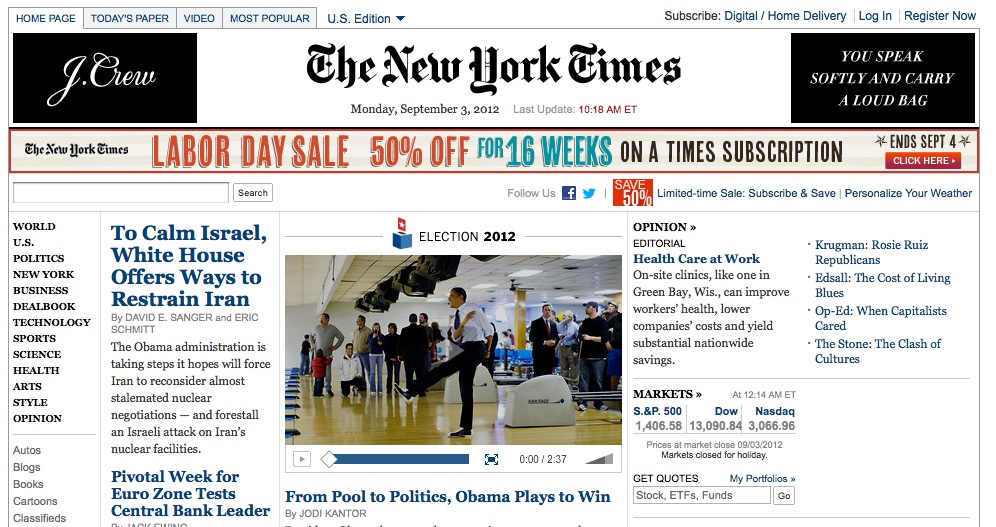 And this is not including the 700,ooo print subscribers who also gain digital access to the company’s content, according to New York Times Company vice chairman Michael Golden.

In fact a report published last month, as covered by AllThingsD, predicted that the New York Times “will have more digital subscribers than print subs within a couple of years”.

So when Golden took to the stage at the World Editors Forum today for a session on ‘how some newspaper companies are succeeding’, his presentation was unsurprisingly focused on digital subscriptions.

We were laughed at we were scorned … after the launch here’s what we’re seeing now, people are saying it’s a great success

He said the introduction of digital subs at the New York Times has boosted staff morale: it has “changed the way people walk around the building”, he said.

So for others keen to also build a digital subscription model he offered these five steps:

Golden said the company spent much time studying this, and what their overall goals were, such as”to develop a significant revenue source because our business model demanded it”.

The aim was also to build a “one-to-one digital relationship with consumers and protect digital advertising”.

It “cannot be an editorial project alone”, he said.

Audiences are indicating every day what they do or do not want to read, and on what platform they like to consume it.

He added that the launch itself is “incredibly important” within this: it will either “create momentum or lack momentum” he said.

He spoke about the ways publishers can work to continue to increase subscriptions, such as the Times’s ‘Most Engaged User’ initiative which rewarded the most engaged subscribers.