Here is an infographic from the National Readership Survey which aims to illustrate the growth in readership of newspapers and magazines on tablets, e-readers and mobiles.

According to a release it’s the first in a new series of infographics to be produced by the NRS “to demonstrate the breadth of insight within the NRS reports”, which are released each quarter:

It is no secret that these platforms are developing at an incredibly fast rate, and that media brands are increasingly being consumed on these digital devices. In fact, over the last year, readership on tablets and e-readers has doubled. However, what we need to remember is that however ubiquitous these devices appear to be in London – you cannot help but spot every kind of device if you commute on the tube – multi-digital platform ownership is still relatively low nationwide, with just 1.4 per cent of the population owning both a tablet and an e-reader. 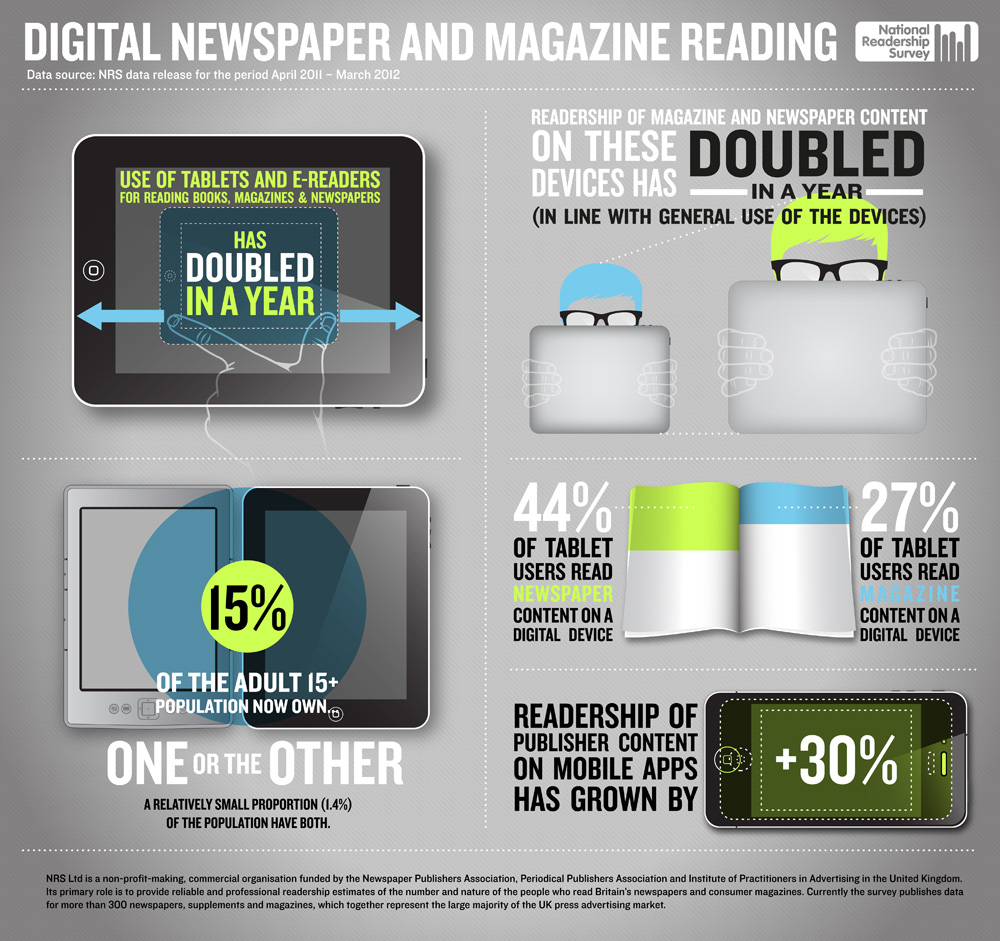