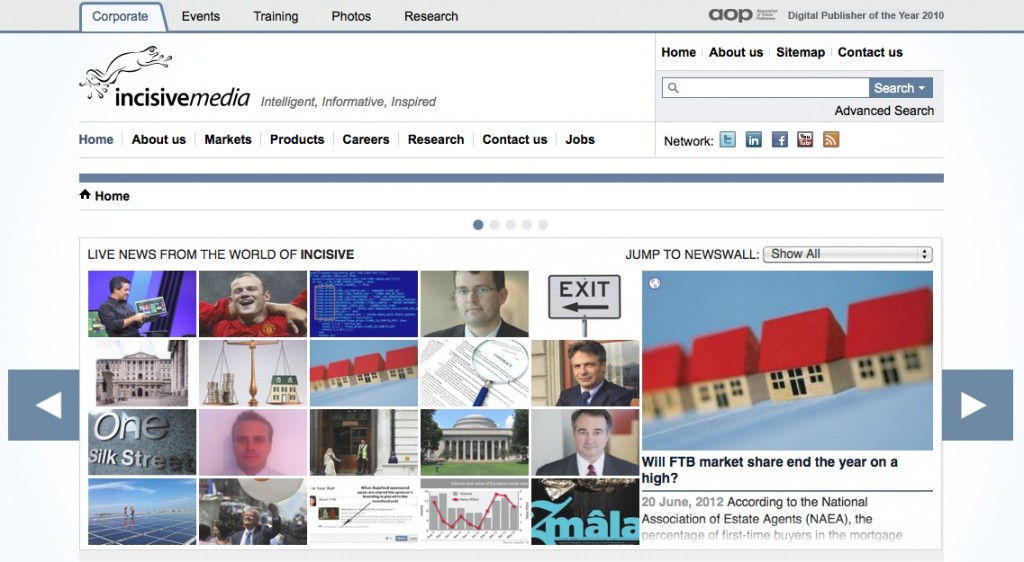 B2B publisher Incisive Media’s improved understanding of analytics has resulted in an increase in digital revenue and profit over the past two years, according to Jon Bentley, head of online commercial development.

Bentley told a conference on ‘audience revenue tools for online publishers’ today that Incisive has achieved an average of 10.34 minutes “dwell time” on its “gated” paid subscription sites, when the average dwell time is  7.55 minutes, according to analysis by AOP.

So what does Incisive do differently?

It measures analytics closely, both for subscription sites and those which do not require readers to pay, Bentley explained. In an introduction to the event, Patrick Smith, editor and chief analyst of TheMediaBriefing.com had put forward this idea saying:

It’s only through the measurement and analytics that you realise who might pay and why they might pay.

Incisive uses Web Analytics and Google Analytics and is starting to talk to Scout Analytics. Bentley detailed what Incisive has done over the past two years to improve the understanding of the audience:

The monthly analytics review “clinics”, which feature those from the web, commercial and editorial teams sitting round a table, are “probably the most successful thing we’ve done”, Bentley added.

As well as looking at unique users, page impressions, visits, active email addresses, – which are “one of the most valuable indicators you have” – Incisive also focuses on the sell-through rate, which “is one of the key indicators for revenue”.

Bentley echoed Patrick Smith who said earlier that “the measure of success is no longer about reach”.

It matters but who readers are and what they do is just as important.