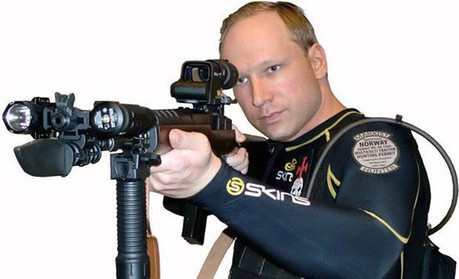 Last summer’s Oslo bombing and massacre brought up a “wide array of ethical dilemmas” for Norwegian broadcaster TV2 – whose news editor admits that they did not get everything right.

Nicklas Lysvag told the News World Summit in Paris that the channel had carried out a major review of how it handled the story, making an internal documentary based on interviews with the journalists most involved on the day.

He said he believed that the Norwegian media as a whole had gained trust from the public as a result of its responsible handling of the story.

TV2 deliberately withheld information in the early stages of the unfolding story to avoid worsening the situation for anxious parents awaiting news of their children.

It was a challenge. There was a huge demand for information. We knew a lot of stuff that was never reported on the day. The ethical choices came at us at a furious pace.

We knew more than we could broadcast and more than we could tell these parents that were looking for their kids. In a normal situation, we had good enough sources to tell our viewers that there are at least 50 dead but we waited. We could have gone out and said at least 50 – but we waited for the authorities. Most of Norway didn’t know the extent of this until four o’clock in the morning.

We have a lot of footage that we have not published. The same kind of pictures which Paris Match published last week which led to an outcry in Norway. Every parent knows exactly where their child was killed – even I know the names of these people. Would we have published it if it had happened in Asia or Africa? Yes we would – that’s double standards.

We had not had one complaint from anyone who’s had interviews aired on TV2 so we must have done something right. We have never done this on this scale before and we still meet these people in the courthouse in Oslo every day because the trial is ongoing.

TV2 made mistakes. Firstly, it quoted foreign media who appeared to have a new development in the story.

We quoted the New York Times and the BBC – both were totally wrong. Why would they know?

The broadcaster also spent too long speculating that the origin of the attacks was Muslim extremists. A freelance reporter said in a piece to camera at 7pm that the killer was a white Caucasian man, but TV2 did not respond to this new piece of information fast enough.

Everybody thought this had to be a Muslim extremist group. I’m not sure what went wrong – maybe we didn’t believe it – but we did continue to speculate towards Al Qaeda and other terrorist groups.

After the attack, the channel avoided asking political questions about the attacks until after the victims had been buried.

The day after, when everybody knew about this extreme situation – the numbers of the dead – we went out of character and we said: “We’re going to go with the people now”. We reported on the marches, 77 funerals. We left the criticism of the government out for several days.

It was a heart thing, not a brain thing, for several days there and I think most other Norwegian news media did the same.

TV2 has also reflected on the safety of its journalists as a result of this story.

We sent them out to a bomb site. Often there’s a bomb number two. We didn’t think of that. We just sent people out.

Lysvag said that there is still a significant untold element to the story: the background of how Anders Behring Breivik – the man who admitted to the killings – turned into a mass murderer. He said the Norwegian media could not dig into the story too much and look at his family background because of privacy laws.

I think it’s a very important story and it’s going to be told in some way because I think Norwegians are still struggling to come to terms with this.

Society of Editors executive director Bob Satchwell said the Oslo coverage showed that one of the biggest ethical problems facing journalists was not the media’s dealings with politicians or celebrities, but with ordinary members of the public.

Journalists and particularly photographers and cameramen are unlike ordinary sensible people who normally run away from danger. The biggest problem being a boss is trying to tell your staff not to run into danger.

I don’t believe that journalists should be over-regulated. I’m basically an American first amendment fundamentalist. But that’s not to say that we shouldn’t at times restrict ourselves. Journalists have got to do one very simple thing – however much pressure is on them, they’ve got to think twice. Am I invading someone’s privacy? Yes. Am I entitled to because there’s a bigger public interest? Am I about to break the law? It’s that thinking twice that ethics is about.