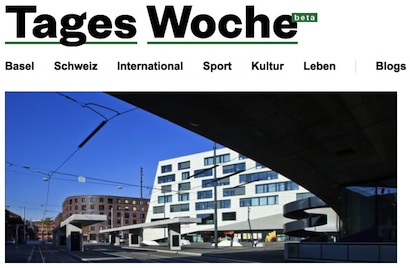 The blogs editor of a new Swiss weekly newspaper and website that required all of its senior staff to join Twitter says the move has helped them better understand the challenges of multi-platform publishing and engage with readers.

Tageswoche launched in October – and had 3,000 people buying a subscription “before they even knew what it was about”, David Bauer told the News World Summit in Paris today.

Reflecting on the lessons learnt from the launch, Bauer said getting journalists to be truly platform-neutral was something of a challenge at first:

It’s difficult to get into journalists’ minds that they’re working on a story without knowing where it’s going to be published. Up until recently it wasn’t common in Switzerland for journalists to be on Twitter. We forced all our editors to join Twitter – it teaches you about pace, about interaction, about information flows, about making mistakes and being open about them.

The one thing that surprised me and astonished me the most was the great quality of user content. We required everyone to sign up to post a comment, keeping out the trolls. We actively and prominently featured good reader comments, thus setting a bar. Our editors actively engage in discussions about their own articles, be it on Facebook, Twitter or our website.

He spoke about the importance of apps and being seen on mobile:

We had to learn the hard way. We didn’t have a native app – we just had a website that was optimised for mobile devices. But what happened was people went to the App Store, didn’t find us and concluded that it didn’t exist.

Story selection – and what works best online – was also an interesting discovery:

A lot of people told us that we need to have more news on our website but when we look at what articles people read and share the most it’s when we go beyond news, comment on news, add background information and explain the news. We curate a lot, send people away, and have them come back to have the news explained by us.