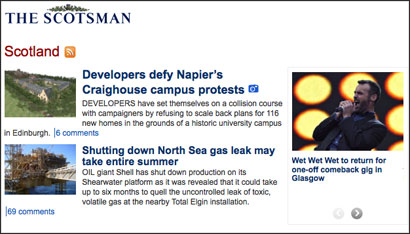 Johnston Press has delayed the reporting of last year’s financial results while it negotiates with lenders.

The local news publisher of around 260 titles, which is based in Edinburgh, was due to report its full-year results for 2011 on Tuesday (3 April).

It is describing discussions with lenders as “constructive”.

In a statement JP says it is changing its preliminary results date to 25 April.

The company has been in constructive discussions with its lenders regarding the extension of its credit facilities for a further three years from their current maturity on 30 September 2012 and will provide a further update to the market as part of the preliminary results announcement.

Last week Ashley Highfield, who started as JP’s chief executive in November signaled that the publisher is adopting a “digital first” strategy.

During the same appearance, at the Guardian Media Summit, he stated that “every one of our newspapers is profitable”, but added that to “make more money out of digital we still have a long way to go”.

He said the local newspaper group aims for profit margins of 20 per cent.