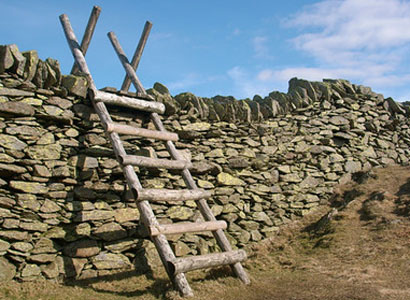 One of the sessions of today’s Paywall Strategies conference focussed on lessons from other countries, hearing from Berlingske Media, Denmark’s largest private media company, and from Piano Media, which has set up national subscription models in Slovakia and Slovenia.

Mads-Jakob Vad Kristensen, director of digital development at Berlingske Media, which has 2,000 employees and generates €400 million-a-year in revenue, explained how a range of titles, including tabloid, business-to-business and business-to-consumer publications are charging for content.

Not comfortable with the term paywall, Vad Kristensen shared the publisher’s lessons.

He gave the example of how Berlingske Media title BT Plus started by removing content “nice and slowly”, beginning to charge readers in April 2011.

Perhaps due to the season, a surprise first success in encouraging people to pay was an article on ’17 ways to spring clean your house’.

“If you have the right content people will pay for it, even in the consumer space,” he said.

However, he admitted the publisher “has not yet cracked” what makes young people part with their cash.

2. Travel guides are a hit

Another lesson from the Danish publisher is that “travel guides are a hit”, with people prepared to pay for digital city guides.

Many go on to pay for a €4-a-month subscription as that is the same price as an individual guide. And then they forget to cancel their subscriptions.

3. Micropayments do not work

People will not pay for individual articles, was another lesson from the Danish publisher – even for an article advising people on “how to become a super lover” did not generate a single Kroner.

Mobile is going towards a paid model and digital is growing, Vad Kristensen said, revealing that “within a month we should have a new B2B offering, priced at around €40-a-month, purely digital product.”

“It’s stupid to only look at content that has existed for 200 years.”

Tomas Bella – the CEO of Piano Media, the company behind group paywalls in Slovakia, which launched in April last year, and Slovenia, which went up last month – shared his lessons.

A joint model where several publishers team up to charge readers works, said Bella, giving examples of successes and feedback from publishers in Slovakia and Slovenia.

The individual titles decide how much content to put in the paid-for section of the site, which ranges from 0 to 60 per cent.

The site to have joined but has not put any content behind the wall is a TV station with an ad-free site. It took the stance that it is not losing anything – and some confused customers even sign up and pay.

“Some titles even charging for commenting”, Bella said, resulting in “the quality of the discussions actually go going up”.

“It is not ideal” but you do “scare away” problem commenters, Bella said.

Bella explained how 40 per cent of the revenue generated goes to the site which saw the reader join and pay, the rest of the money is divided between the sites where the reader spends his or her time.

And Piano Media has big plans: it expects three to four countries to adopt the group model in 2012 and has an overall target of 50 countries, requiring four or five publishers to participate.

The UK is “not likely to be the first English-speaking country” to adopt the model, but sees strong possibilities for a joint paywall around areas of content, such as sport.

One thought on “#paywalls12 – Looking outside: five paid-content lessons from Denmark, Slovakia and Slovenia”