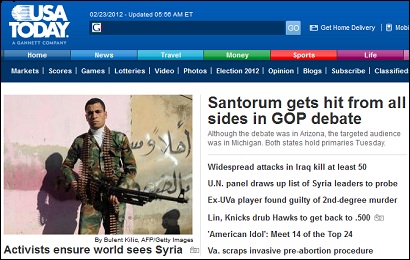 US newspaper publisher Gannett has announced it is planning to switch all of its 80 newspapers, with the exception of USA Today, to a paid-for online model by the end of this year, bringing in an estimated to $100m a year.

According to Forbes, Gannett told investors at an event yesterday that a metered system, similar to that used by the New York Times, would come into force, with a quota of between five and 15 free articles per month.

USA Today is the only title that will not switch. Forbes notes:

USA Today is in the midst of overhauling its website to create a user experience more similar to that of an iPad app.

But any attempt to charge for its articles would likely encounter certain obvious issues. While its main national rivals, the Times and The Wall Street Journal, rely on their depth and quality to persuade readers to pay up, USA Today trades on its ubiquity. More than half of its 1.7 million circulation comes from copies distributed to readers free (or quasi-free) through hotels, airports and other hubs.