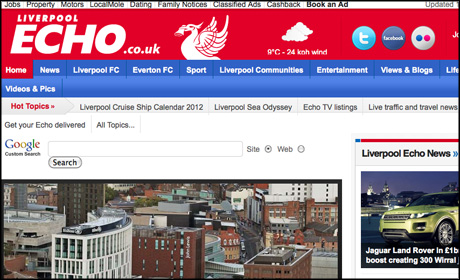 Alastair Machray, editor of the Liverpool Echo, applied to take on distribution of a Regional Growth Fund in the hope that it would improve the paper’s brand and “place them at the heart of the community”.

The RGF is a government fund designed to be help create jobs through small businesses; the Liverpool Echo applied to be a partner and received £1 million to distribute locally.

Speaking at the Society of Editors regional conference yesterday (Thursday, 10 May), Machray gave some pointers on the process, and outlined its pros and cons.

“Applying to partner with the RGF is not a simple process, and is not to be approached alone,” Machray warned.

The 60-page application for the RGF is time consuming and technical. He advised considering whether the necessary time to complete the application properly could be afforded and building a team and electing a bid writer – someone that knows the buttons to press for government departments, a secretariat, and an investment company to manage the money.

When the Echo was successful in securing the £1m, they launched it in print, supported it online, and tried to pique interest using social media. Machray condensed the process:

The benefits of the fund have been numerous for the paper, with “great editorial coming out of it”, Machray said, “but securing the fund was more about brand than selling papers or increasing web traffic”.

Machray also highlighted that they were approached to apply for the fund, indicating that the government still recognises the value of local papers.

We have a place at the heart of government; our brands resonate, and this is a good place to be.

Machray warned about dealing with trolls throughout the RGF process, and said to be prepared for criticism: “People were convinced we were trying to milk the wad”.

A rumour circulated that the the Echo was taking a 60 per cent cut of the million pounds, when in actuality the paper did nit even take back the £4,000 it cost to put the bid together, he said.

When questioned if he would repeat the process, Machray said that while the move had been beneficial for the paper, he would want to see the outcome of the RGF on local businesses before investing time into it again.